After a long drive back from Philadelphia Airport, the last thing I felt like doing was cooking dinner at home, so it was a great opportunity to use a gift card I had to Alburtis Tavern.

This was my first time to this Lower Macungie restaurant, set in what was originally called The American House, built back in 1876. Everything in the tavern is train-centric, from the decorations on the wall, to the bell they ring and wheel they spin at the bar every time a train passes by on the yet-active tracks mere feet outside their front door.

Alburtis Tavern is a warm, inviting space, and the entire staff is happy and friendly. It seems like a typical Monday night, and there are some football fans gathered at the bar for the Redskins/Cowboys game, and there are several families already enjoying their dinners in the tavern side where we’re seated.

The menu contains a healthy selection of burger options, but after that long drive back from Philly, our appetites directed us toward the Chubby Hubby: a double-burger, with double American cheese and double pickles, topped with onion rings, lettuce, tomato, and onion, followed by the caption “This is what everyone is talking about!”.

Sounds good to me!

As you can imagine, this burger is quite large, and can easily be split between 2 people. Even after being cut in half, it’s still an unwieldy burger. I ordered medium, but the temperature is a little toward the medium-well side, and it turns out the cook was pretty uneven. One side of the burger was juicy and tender, while the other side was much drier and tougher. Seasoning and char is noticeably missing as well, and sorely missed. More salt and pepper and some additional charring would have put this burger on a different level, even when factoring in the uneven cook.

One saving grace to the lack of seasoning was the amount of American cheese. They weren’t kidding when the menu read “double cheese”. There’s a healthy amount on this burger, even though in my world, this amount of cheese is what I would consider standard, not double.

The cooks place the pickles between the 2 burger patties, which was a great idea to add a welcomed layer of sour crunch when biting down through all of the different layers, and break up the richness of the cheese and fried onion rings. Speaking of the onion rings, the sweetness worked well on the burger.

As for the bun, it’s good. Soft and chewy, and nicely toasted, and definitely better than average, but it was lacking the butteriness that sets the best buns apart.

Final thoughts: This burger gets a lot of things right. The thickness of the patties worked well with the amount of cheese, and the pickles between the patties, combined with the sweet fried onion rings on top, hit on all the important flavors to create a memorable meal. If the patties would have been seasoned better and cooked more evenly, with more char for flavor, this burger could’ve been vying for top-5 status. 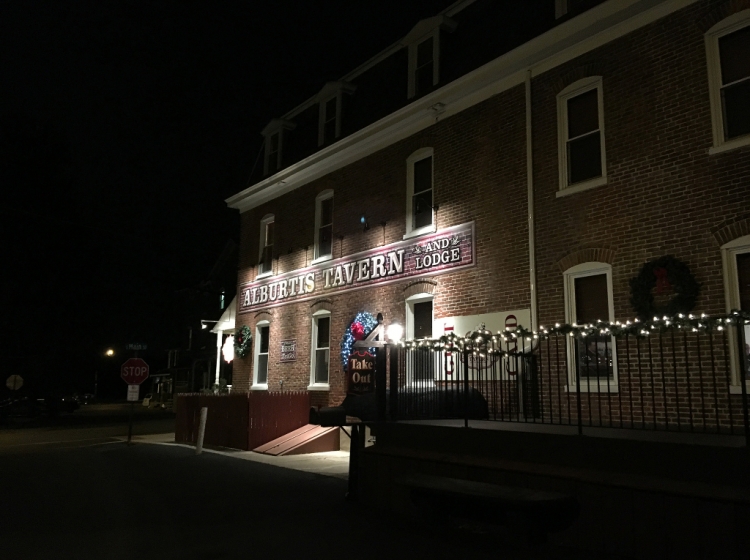 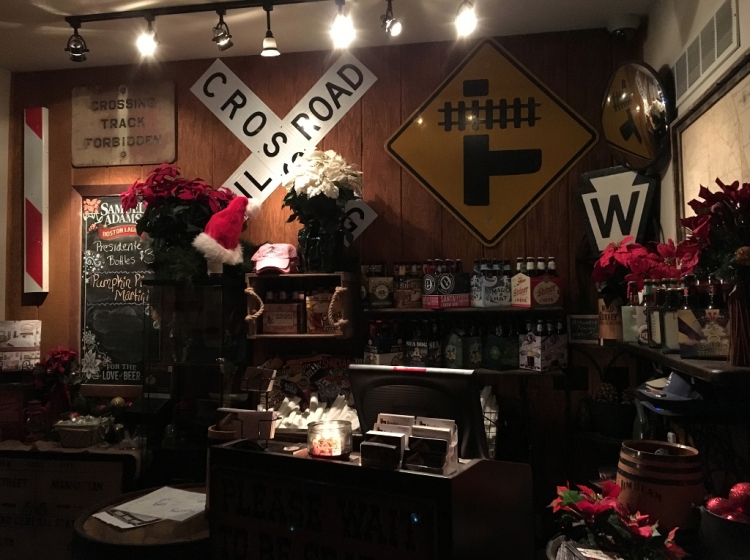 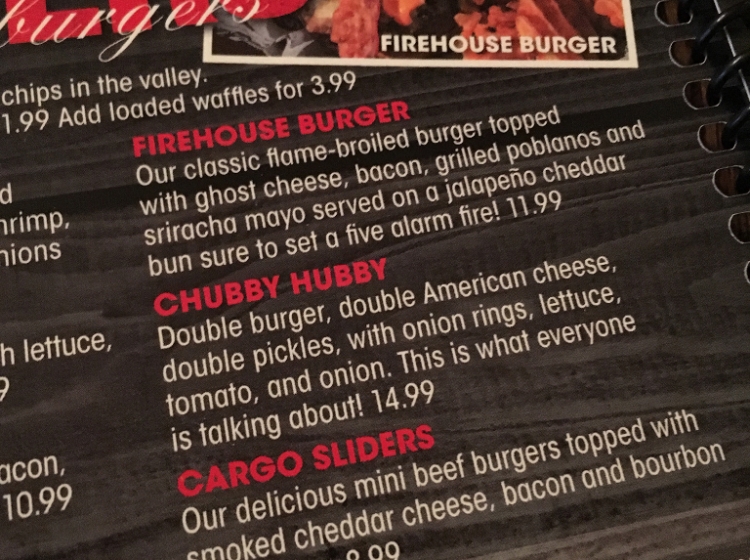 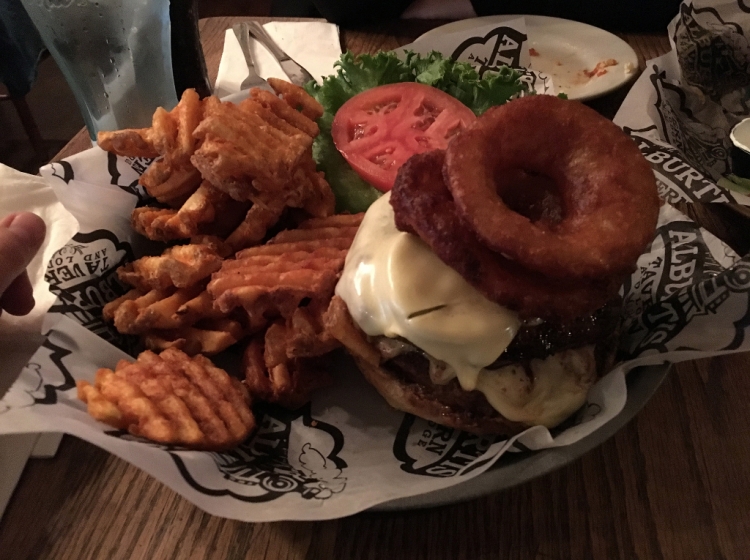 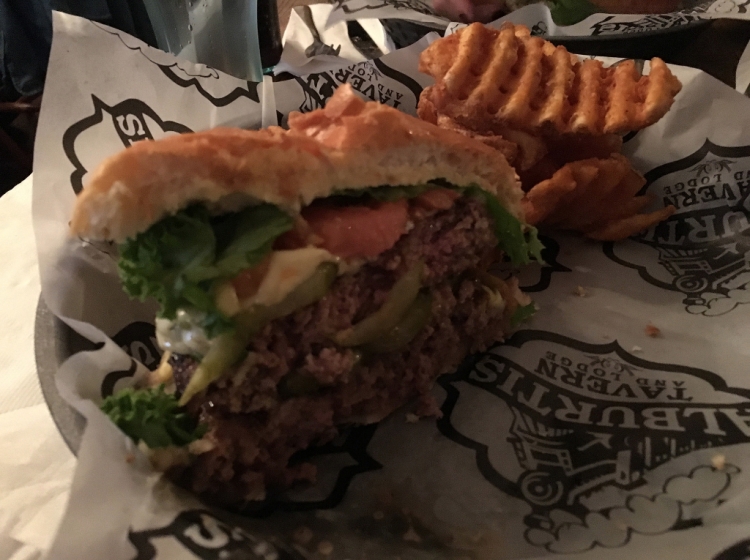 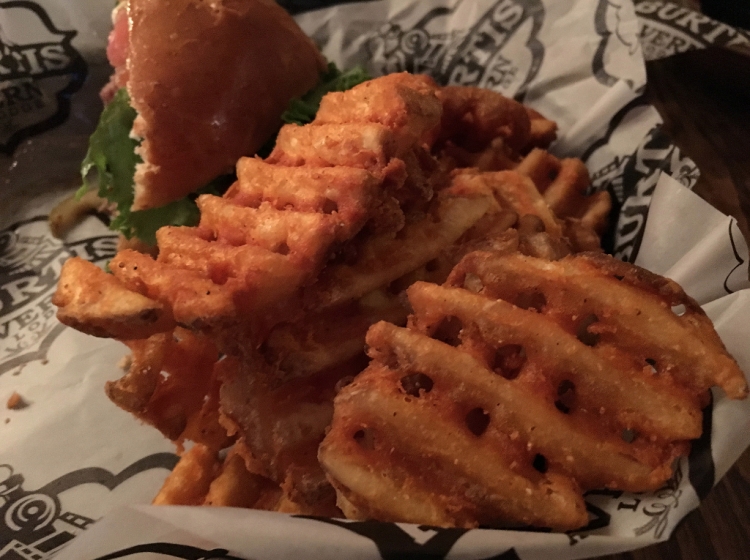