When Shula’s Steakhouse fled the Promenade for bright-and-shiny downtown Allentown (and subsequently closed just 6 months later), it seemed likely that another meat-and-potatoes style restaurant would take its place.

Enter Bar Louie, which is basically a chain version of an American gastropub. It’s reasonably affordable and from past Bar Louie experiences in other cities, the food has always been consistent and generally above average.

It’s two weeks until Christmas, and this time of year I take advantage of my self-employment status to get my shopping done during the morning hours, when stores first open and crowds have yet to appear. I finished picking up what I needed at the Promenade around 11:30am, so I decided to use the opportunity to grab a burger before the lunch rush.

I ordered the namesake Louie Burger, which comes topped with provolone cheese and giardiniera (spicy pickled vegetables), which isn’t something you see on a burger every day.

The burger arrives open-faced, and I can immediately see there’s a generous amount of cheese. At first, I was a little skeptical of giardiniera on a burger, but the pickled spiciness was a great ingredient that worked well with the sharp provolone. As for the fresh ingredients, the shredded iceberg lettuce was nice and crisp, but I took off one slice of tomato – there are 2 somewhat thick slices of tomato on the burger, which combine to be about the same thickness as the patty, and being to mask the flavor of everything else.

Temperature-wise, the burger was cooked nicely, but its completely lacking seasoning and flavor. It mostly average and unremarkable, and there isn’t enough char to hide the lack in seasoning.

It turns out the saving grace of this burger was the bun. With such a disappointing patty, the bun made up for a lot of the lacking flavor by being toasty, buttery, soft and chewy. It’s safe to say this is one of the better buns I’ve had in the Lehigh Valley.

Onto the fries. Gah! The fries… another example of undercooked fries undermining the overall score. The flavor and seasoning was great, but they were very noticeably undercooked. Barely golden in color with a raw, mealy texture on the inside. 60 more seconds in the frier and I think they could have been nearly perfect. There is an option to order tots instead of fries, which another nearby customer ordered. They looked to be nicely golden brown and looked nice and crispy. Maybe next time I’ll opt for the tots.

Final thoughts: In the end, the Louie Burger turned out to be mostly decent, and pretty much exactly what I was expecting. Based on flavor, the fries could have been amazing if they would’ve been cooked just a tad longer, but I’m sure it was mistake that doesn’t happen too often. 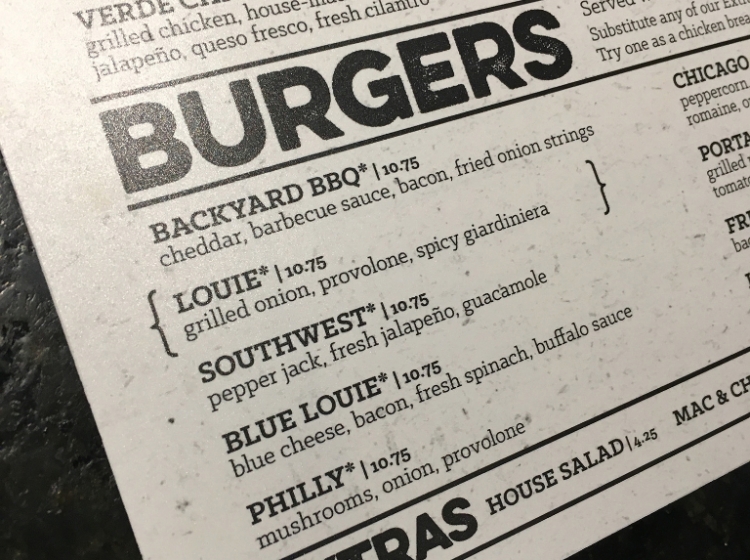 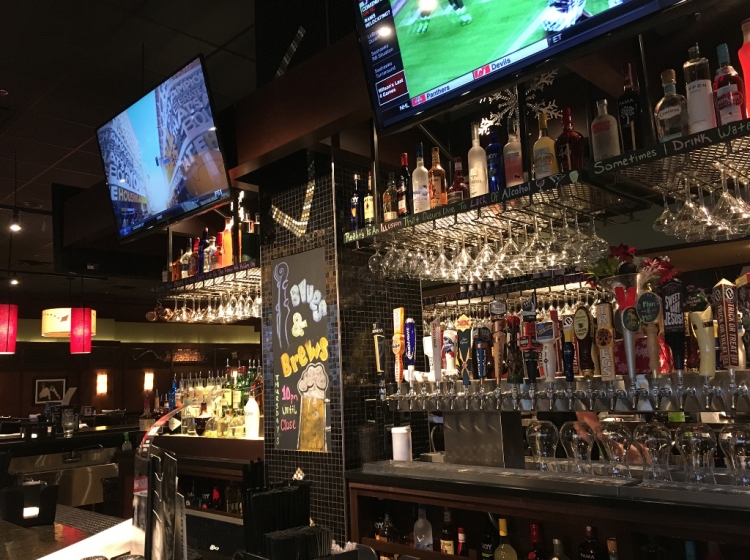 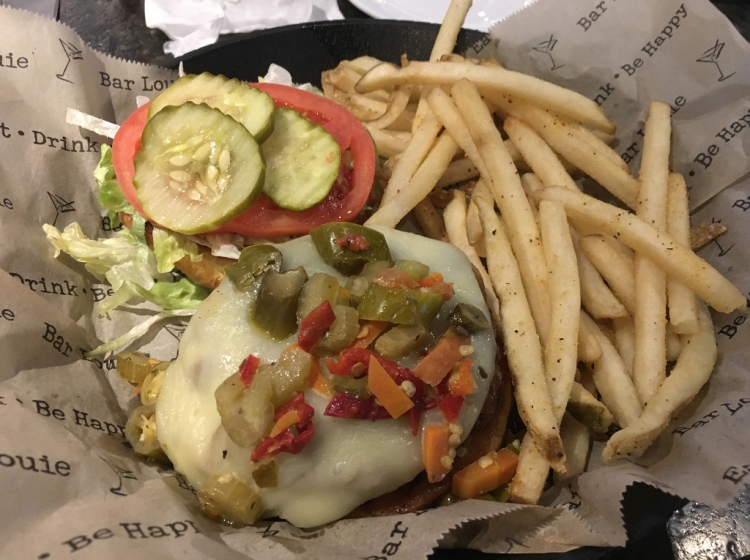 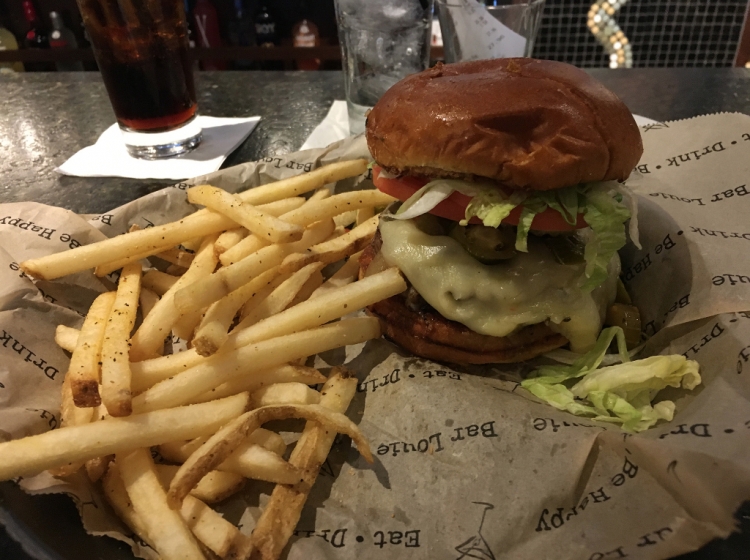 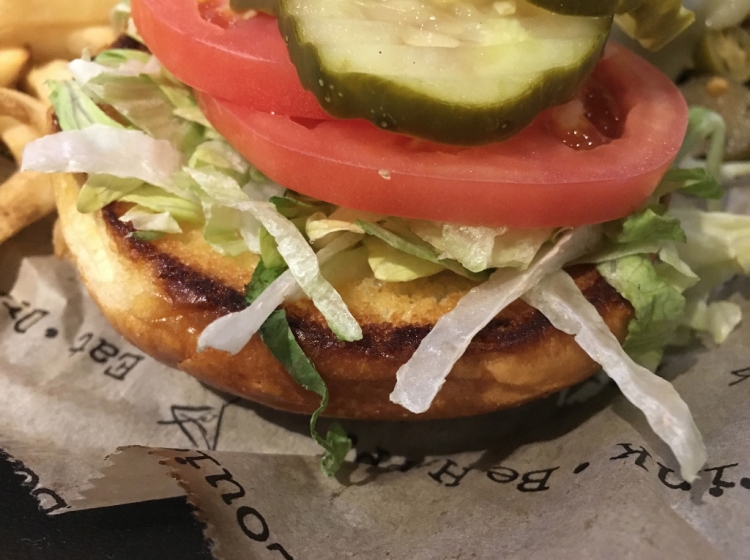 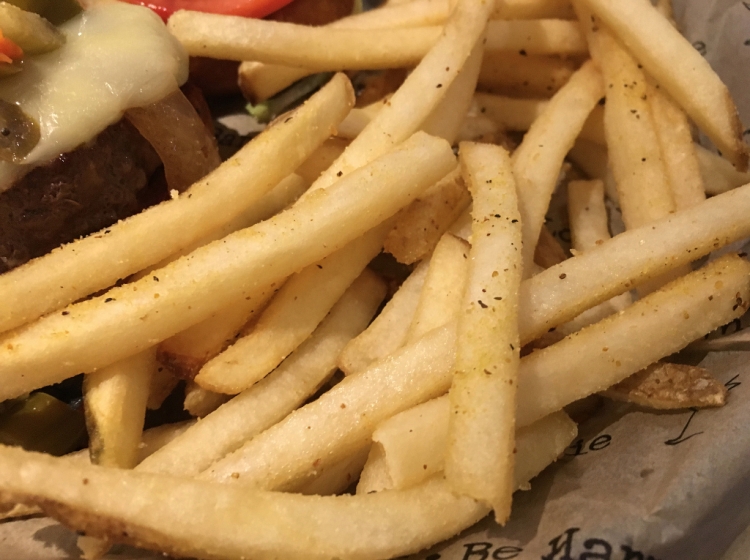 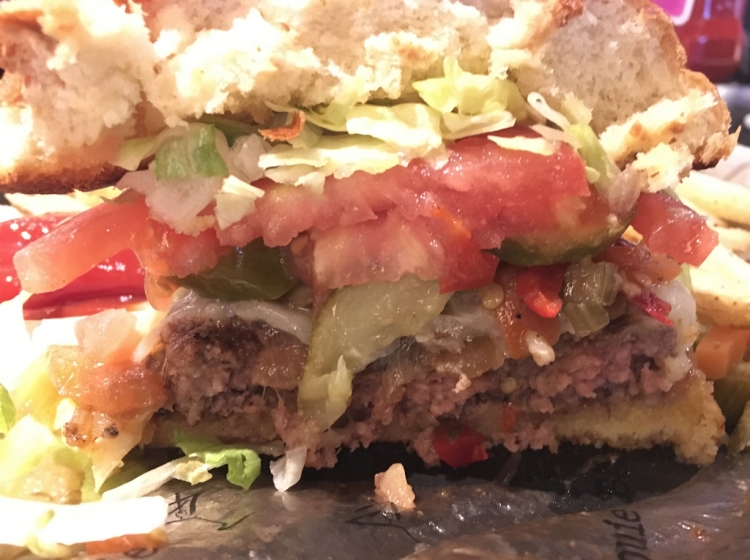