Ok, ok, let me explain. When I started this blog, I never intended to review any of the big fast food chains. But that was before Burger King launched their Halloween Whopper.

So this isn’t a necessarily a Whopper review, I just took it as an opportunity to try something different and inform the masses who may be smarter than I to not actually eat this thing.

Clearly, this is mostly a PR stunt from Burger King intended to get people talking and sharing, and, well, it’s working. And very well as a matter of fact. Reviews of this burger are everywhere, and it’s all over Facebook and Instagram. It’s probably becoming one of the most successful viral campaigns ever cooked up by one of the major food chains.

Perhaps you’re familiar with Burger King’s “Black Burger” which launched in Japan in 2014. But the Japanese version didn’t just have a black bun, it had black cheese and black ketchup. Apparently, based on most reviews, it was pretty tasty. The bun from the Japanese burger was also dyed with squid ink… something that definitely would not fly here in the good ol’ USA. Details are unclear as to how Burger King dyed the Halloween Burger bun. Some sources say it’s just food dye, and others that claim charcoal was used. Burger King’s explanation is the color comes from the addition of A1 sauce, which may be a half-truth, because there is no way A1 sauce along could produce such a midnight black color.

When viewed up close, the bun almost has a very, very dark bluish/greenish/teal tint. The flavor is also interesting. It does seem to have a slight charred flavor to it, which made me think that maybe that claim of added charcoal was indeed true. I can’t say that I tasted any A1 in the bun itself, but Burger King added straight up A1 sauce to the burger itself, so the A1 flavor is there regardless. Quite frankly, it tasted like a regular whopper, with A1 sauce added. I must admit, I was a tad apprehensive about taking the first bite. Let’s be honest, outside of licorice, there aren’t many, if any foods we eat that are this BLACK. When it comes to food, the color black seems to be more of a warning sign that screams “don’t eat me!”, rather than a appetizing hue that makes you want to shove it in your mouth.

Let me warn you, there are side effects to eating this burger. Do you recall that night you drank a ton of Guinness, or ate too much blueberry pie? Remember that slight freakout moment you had in the bathroom the following morning? Yeah… just remember, there are consequences to eating something that is so grotesquely dyed.

Final thoughts: As I mentioned earlier, it’s basically a regular Whopper. Just with a black bun and A1 sauce. If you’re hoping for some outrageous new flavor that is going to blow you away, you’ll be disappointed. 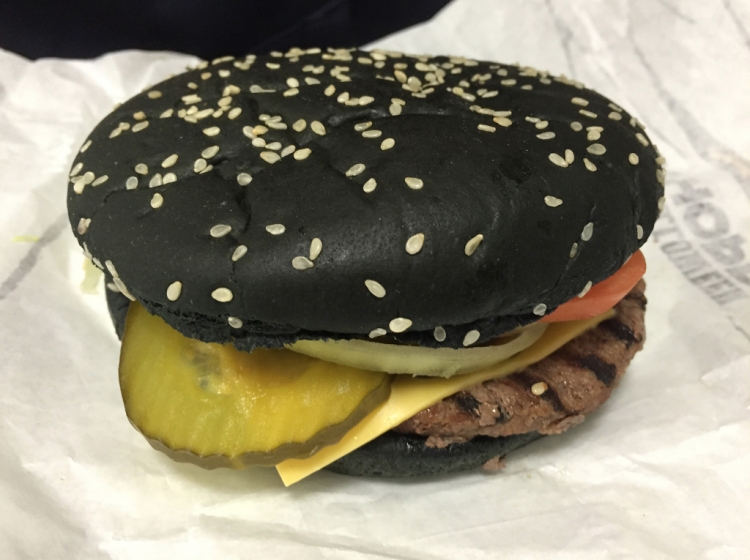 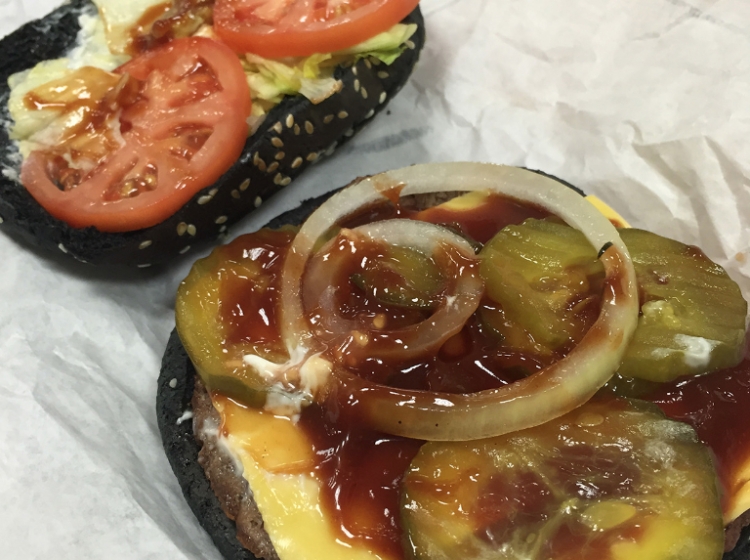 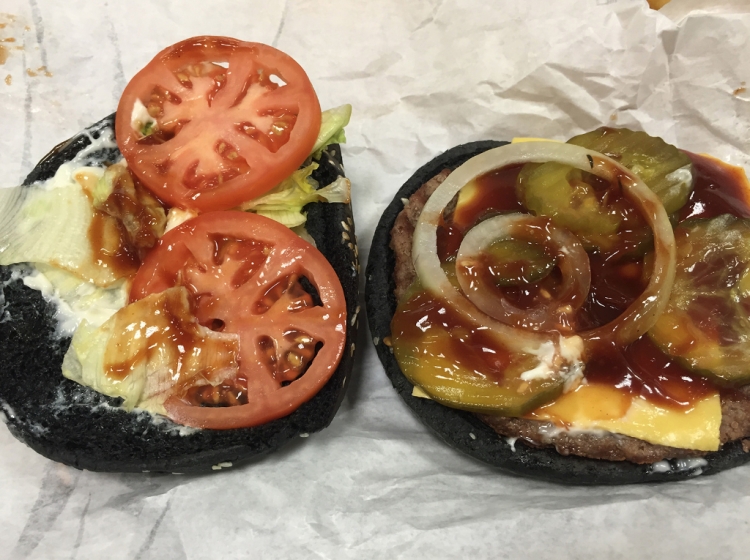 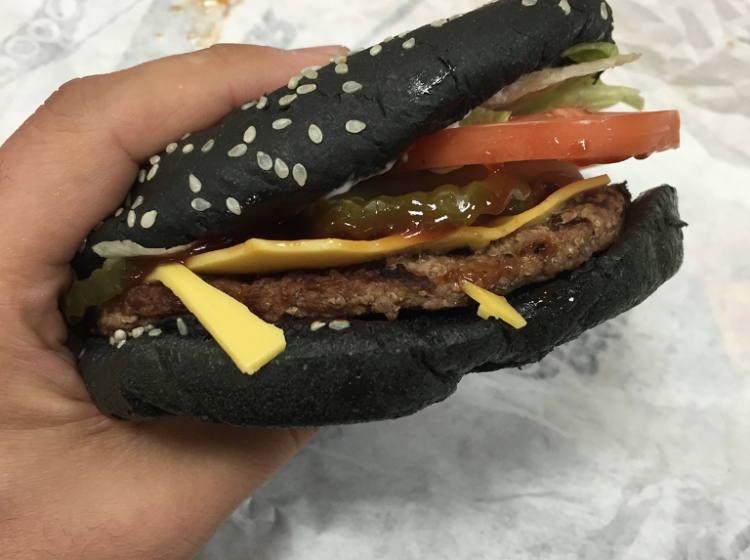