Yeah, OK. Another Burger King review. Last year it was the black bun Halloween Whopper, and this year it’s the Angry Whopper. But again, consider this our pubic service to you. We try these burgers so that you don’t have to!

Burger King’s newest addition to their unconventional novelty Whoppers is deceivingly entitled the “Angry Whopper” – Angry as in spicy.

Don’t be fooled. This Whopper is far from Angry. Perhaps, at best, it’s slightly perturbed. I can liken it to if you were to poke a sleeping cat and it opens its eyes, briefly glances at you, and curls up back to sleep.

There’s MAYBE a slight hint of heat toward the end, but nothing nearly as Angry as Burger King would have you to believe. Oh, and it has onion rings on it.

Final thoughts:
As a lifelong fan of the traditional Whopper, I’ll stick to what the King knows and does best. 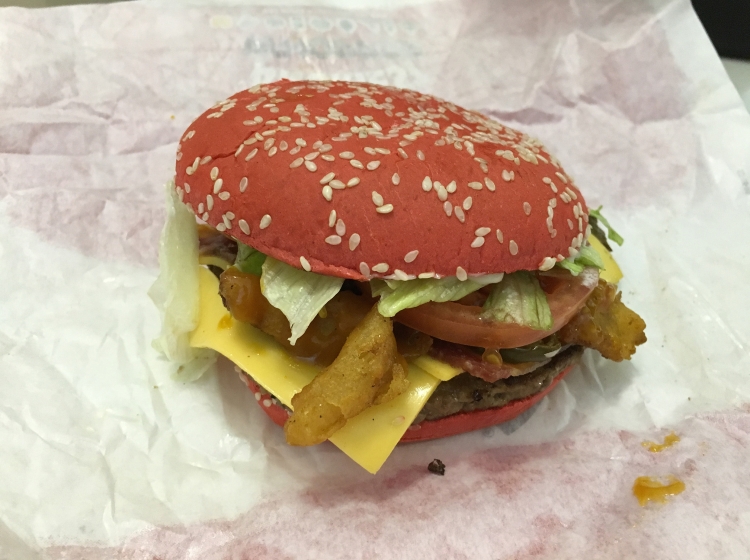 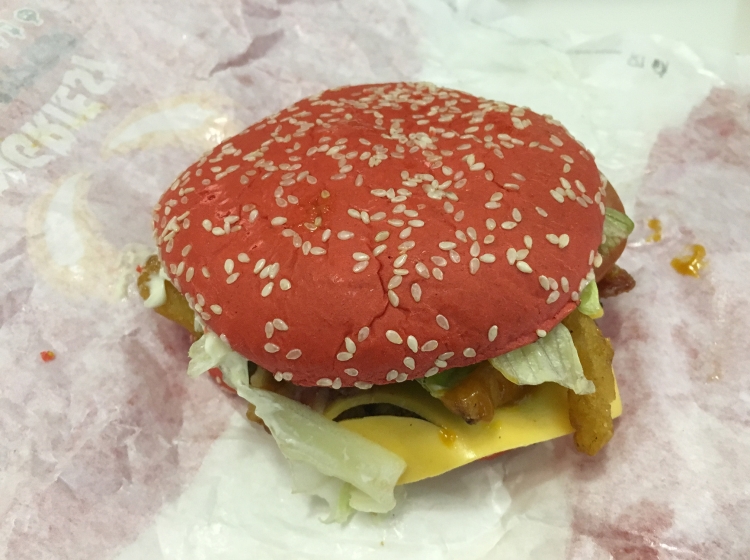 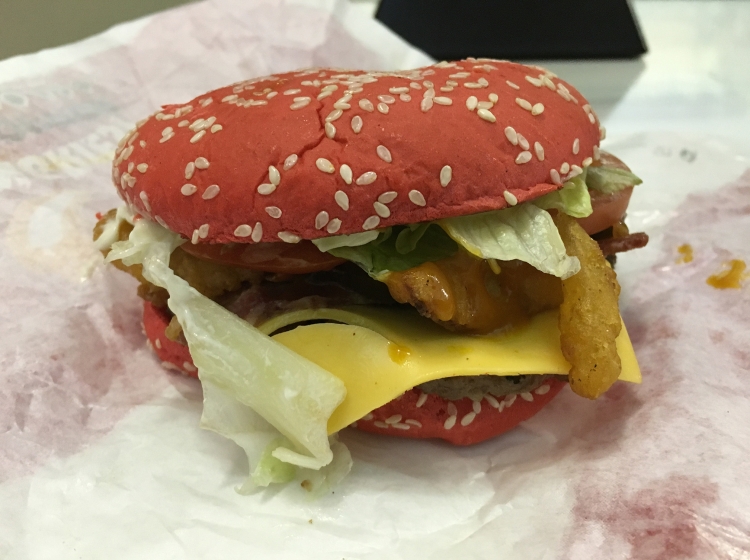 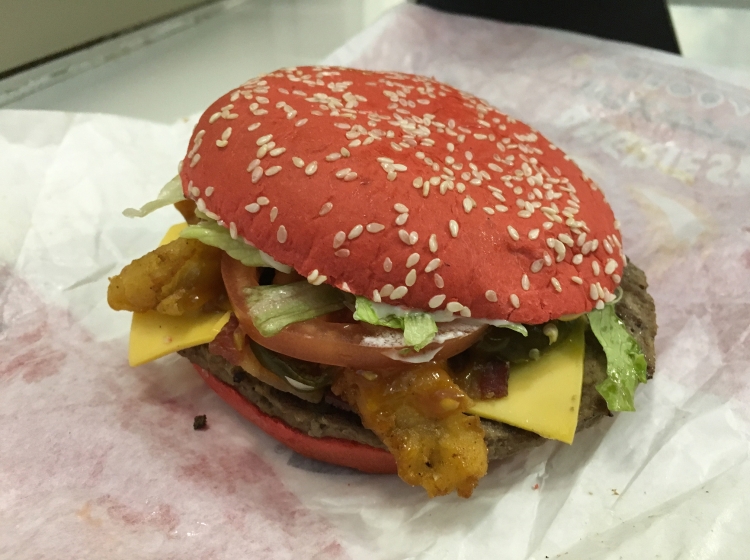 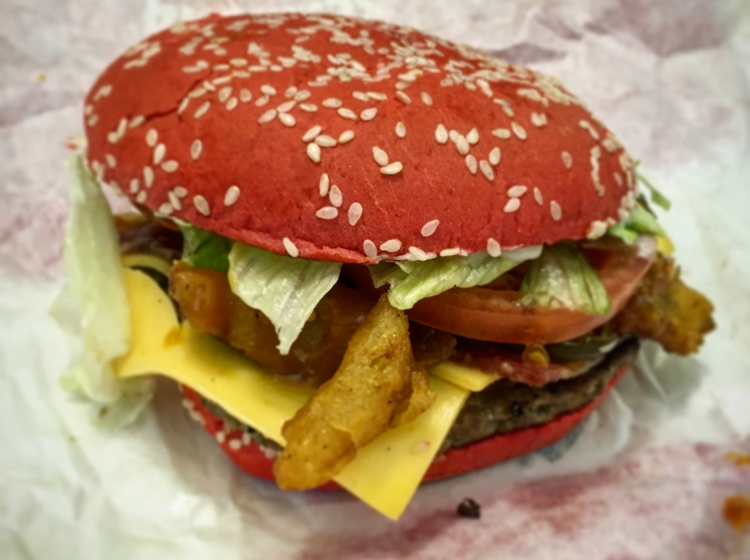