I’ll admit, I had this place figured all wrong. Carmel Kitchen is a mini-chain with a few locations in PA, and a larger handful scattered around Florida, of all places. So, at first glance, I thought Carmel was an uninspired, “fancy” Ruby Tuesday’s pandering to hungry out-of-towners whose thrills have been exhausted at Dorney Park across the street.

Even the menu further compounded my fears, when this self-proclaimed Mediterranean restaurant had numerous Italian dishes (which turned out to be amazing by the way… and for an entirely different blog review).

Boy, was I wrong.

This Mediterranean restaurant also had a burger. The Carmel Classic Burger to be exact, which is described as a half pound of Angus beef, caramelized onions, manchego cheese, and Basque aioli on a toasted brioche bun. Nothing about this burger screams “Mediterranean”, but hey, let’s give it a shot.

At first glance the burger looks mostly ordinary, if not underwhelming. The scant amount of fries on the plate is also visually disappointing. As a matter of fact, I’m fairly certain there were roughly 15 on the plate. It turns out, the fries were delicious, which made me wish there were at least 2x more. Crispy, crunchy, cut to a good size, and nicely seasoned. Not much more you could ask for. The basque aioli dipping sauce was awesomely spicy, and helped to cut through the fattiness of the burger.

As for the burger, it was very pleasantly a surprise. The manchego cheese, which is a rare choice for a burger, added a ton of sharp, salty flavor to the burger. The only problem is, manchego is a very oily cheese, which added to the overall greasiness of the burger, which quickly became a fork-and-knife affair.

The patty itself lacked char, and could’ve benefitted from some additional seasoning, but the medium cook was nicely done. As with most burgers, this one lacked a briny, acidic element such as some kind of house made pickle, which would’ve balanced things out more since this is such a rich, heavy burger.

Final thoughts:
In the end, I was incredibly pleased with Carmel’s Classic burger. I’d absolutely order it again. 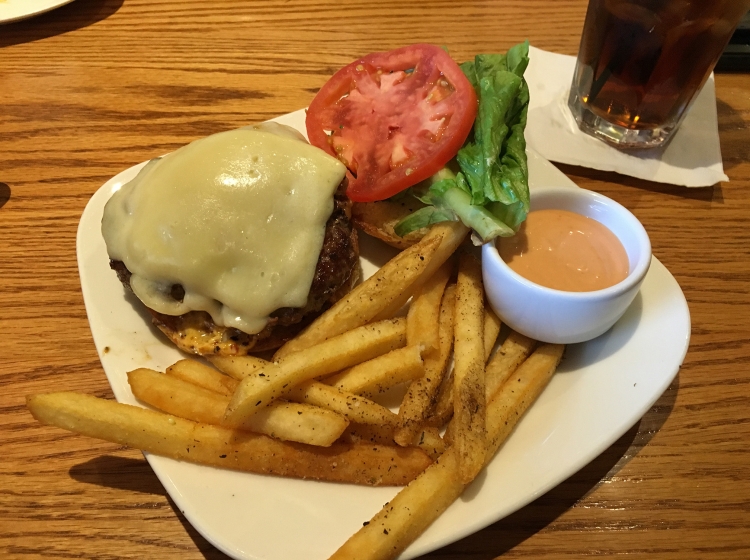 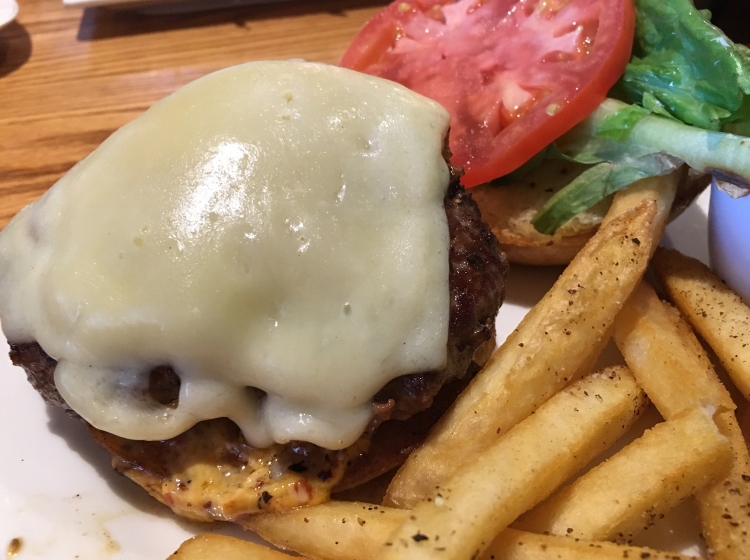 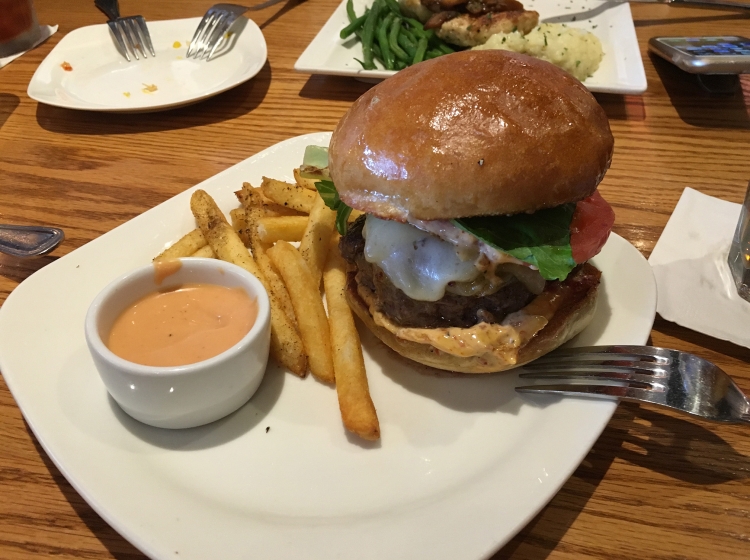 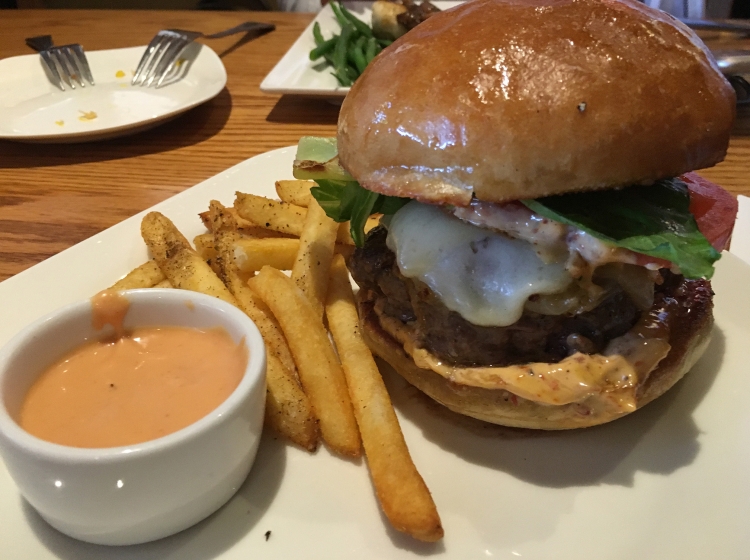 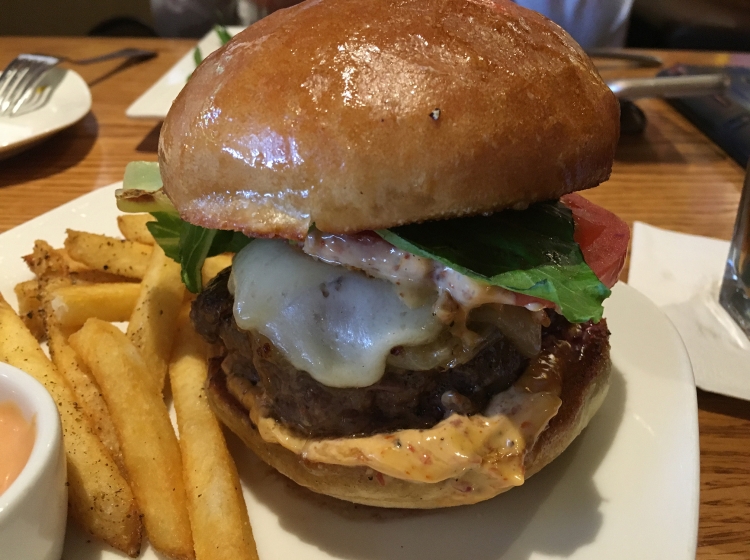 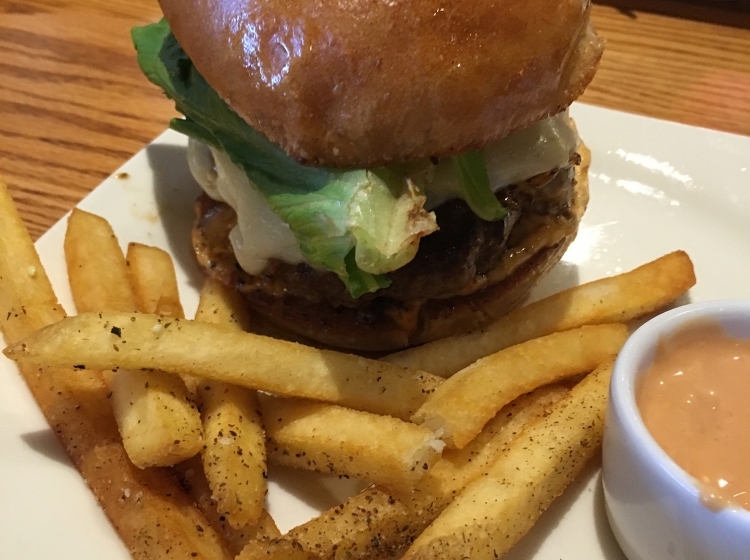 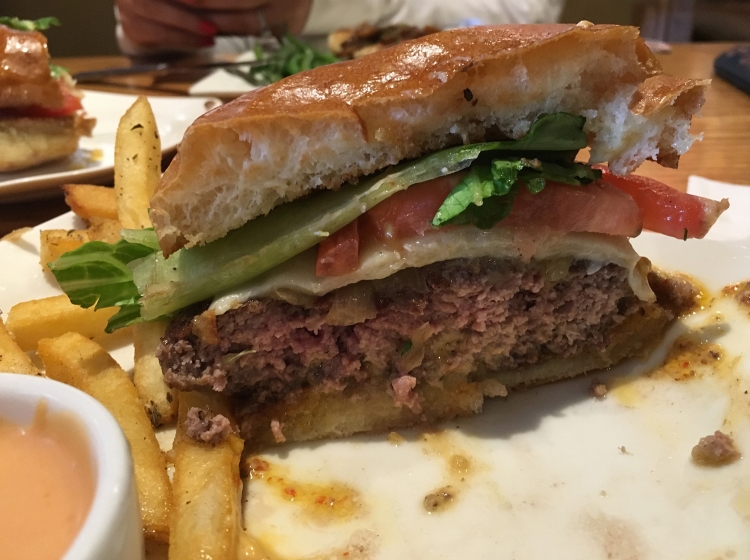 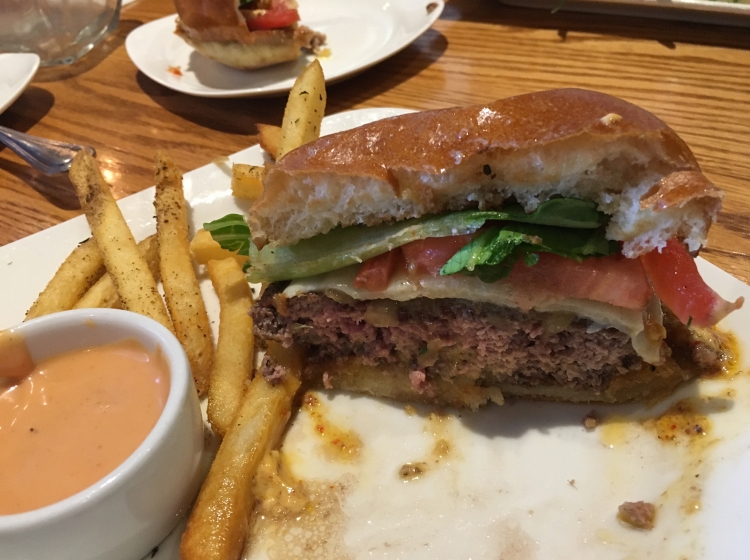