Ahhh, Five Guys. You won’t find a better, more consistent bang for your buck anywhere in the Northeast. I still remember my first Five Guys experience – back in 2007 at the Dickson City location of all places. Up until then, I hadn’t even heard of Five Guys, but those red-and-white tile walls have had me hooked ever since.

Ok, ok, so Five Guys has so many locations these days that they’re quickly approaching “fast food” consideration. But there’s a reason they have so many locations: their food is just that damn good. There have even been a lot of imitations and knock-offs ever since they opened their first shop in 1986 down in Arlington, VA, but nobody seems to be able to replicate or surpass the quality and consistency of Five Guys’ burgers and fries. Whenever Five Guys moves into a new area, they immediately win the local magazine or newspaper’s “Best Area Burger” vote almost without fail.

For reviewing purposes, there’s really no “signature” burger, so I ordered the same thing I always get: A Little Cheeseburger (2 patties) with mayo, mustard, raw onion, lettuce, and pickles. To me, this is a quintessential comfort burger. What’s more, Five Guys burgers feel like a homemade burger, and are made to order, personalized down to any detail you wish. Maybe that’s partly why they’re so popular. Other topping options include tomato, grilled onions, grilled mushrooms, relish, jalapeños, green peppers, A.1. sauce, BBQ sauce, and hot sauce. So as you can see, the flavor combinations you can formulate are quite extensive.

After nearly filling up on delicious, free self-serve peanuts after ordering (Tip #1: don’t fill up on the free peanuts), your burger and fries will come in a large brown paper bag, no matter if you ordered it to go or not. This brown paper bag will eventually begin to show grease spots in the bottom from the generous portion of fries in the bottom, overflowing out of the cups they were scooped into. Eating at Five Guys can be a somewhat messy affair. The fries are greasy, the burger is greasy, and they don’t skimp on toppings either, so here’s Tip #2: Grab lots of napkins. Tip #3: upon sitting at your table, remove the burger(s) from inside the bag, and dump the fries into the bottom of the bag, removing the paper cup they came in. Lay the bag on its side, then rip it open lengthwise, exposing the delicious fries inside. This will keep your fries hot and contained in one area. You’re welcome.

The patties, as always, are cooked nicely. They have just the right amount of char around the edges from the griddle, and have a nice beefy flavor. They’re greasy, but not bun-soakingly so. Speaking of the bun, theres nothing terribly remarkable about it, but it’s exactly what it needs to be. Just a nice soft, white bun to hold the amazing stuff inside.

As I mentioned previously, I order the same toppings almost every time: mayo, mustard, raw onion, lettuce, and pickles. Your choices may very well be different than mine, however I have yet to find fault with any topping I’ve ever ordered at Five Guys; yet another anecdote to their consistency from location to location.

Now, as for the fries, these are among the best I’ve ever had. They mimic town fair fries so closely, and Five Guys even offers malt vinegar to sprinkle and/or dip the them into. To be cheesy for a second, the fries taste like home in every single bite: crispy and crunchy, yet soft and fluffy on the inside. Five Guys does not skimp on french fry portions. Order a regular and you’ll have more than enough for 2 people.

Final thoughts: Five Guys may have a lot of competition in the quick-serve market, but if you were to line up every single one of them side-by-side in the same strip mall (wait, that gives me a real estate development idea…), I’d always choose Five Guys. I’ve eaten at many Five Guys locations in different states, and the quality is always exactly the same. I like my burgers simple, and there’s something about a Five Guys burger that hits every “simple” note nicely, and consistently, every single time. The fries are some of the best I’ve had as well, and are without a doubt the reigning champion in the quick-serve category. There’s nothing I’d change about a Five Guys burger, other than maybe trying a different combination of toppings from time to time.

If you just crawled out of a cave, and haven’t yet heard of or tried Five Guys, firstly, congrats on figuring out this whole internet thing so quickly. Secondly, get yourself into the nearest Five Guys right now. 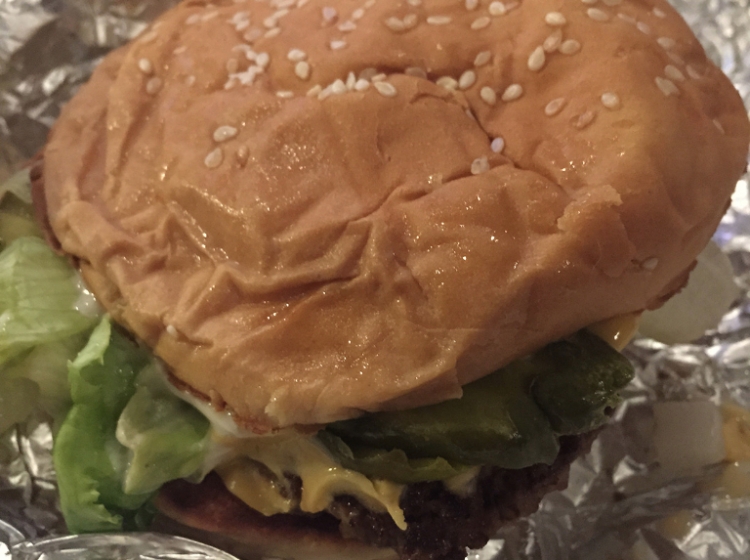 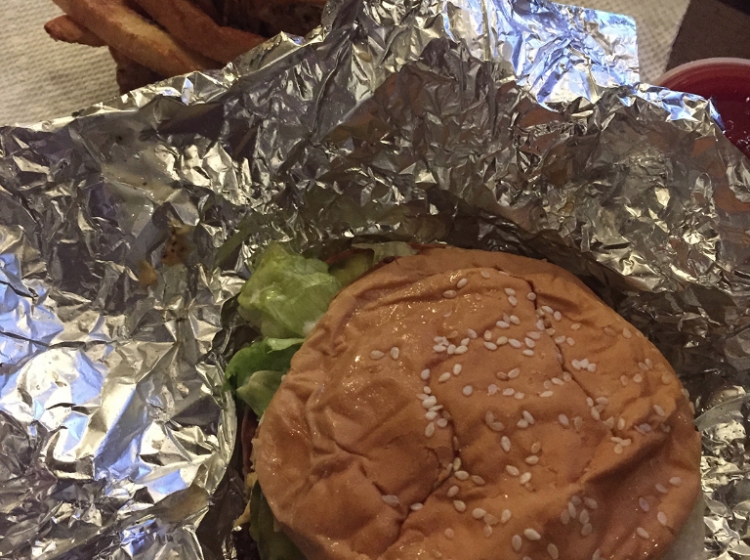 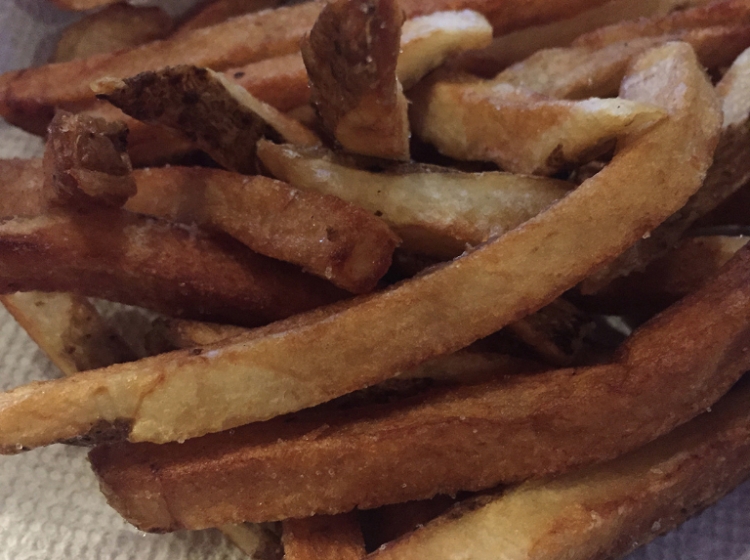 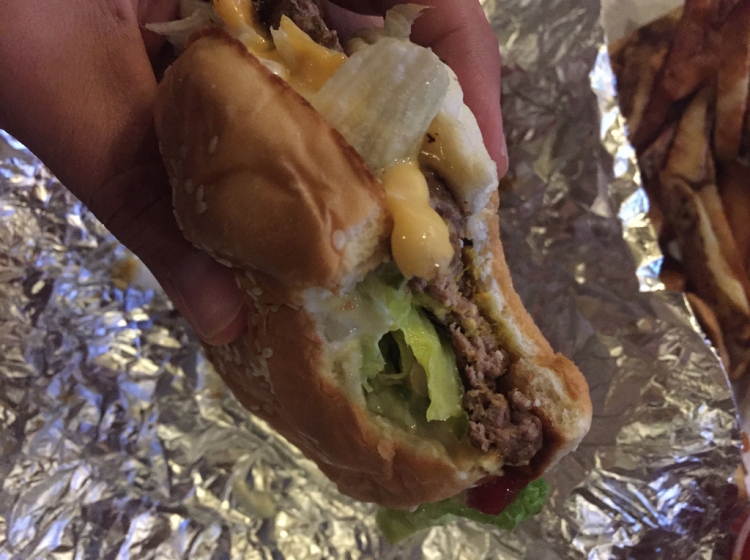