Mostly known as one of the Lehigh Valley’s quintessential French Bistros, it turns out that Maxim’s 22 also has an impressive assortment of burger options. You may also be familiar with Maxim’s sister restaurant, Sette Luna, situated just a few blocks away in downtown Easton. The bistro’s decor is beautiful and there are details everywhere, even down to the distressed walls and frosted glass bathroom doors. I wish I brought my beret.

French cuisine is – by a substantial margin – my favorite cuisine. Because butter. And duck confit. If I were forced to choose one cuisine to eat for the rest of my life, I may hesitate slightly to consider Japanese, Vietnamese or Thai, but would undoubtedly decide on French.

Maxim’s 22’s menu is VERY French, which is great because they honor the theme of their restaurant with almost every item. Even when they stray away from the French classics with items like burgers or hot dogs, those items still display a French twist.

With that said, Maxim’s 22 does a great job translating plenty of French influence into each of their 5 burger offerings. I could’ve easily ordered any of their burgers, but opted for the namesake: the Maxim’s Burger, which comes topped with foie gras, mushroom duxelle (a finely chopped mixture of mushrooms), raclette (French cheese), and caramelized onion. Yep.

The burger looks great upon arriving. Beautiful bun, and the raclette noticeably oozing out along the edges. The burger is nicely cooked, perhaps just slightly under medium, has great texture and flavor, but could’ve had more char. The toppings are, well, over the top. The mushroom duxelle alone is impressive and an earthy and welcomed addition, which works well in unison with the sweet caramelized onions. Foie gras is an ingredient that might turn some people off, but every time I’ve experienced foie gras on a burger, it mostly adds a buttery richness, rather than any specific flavor. This is a very rich burger with foie gras and a generous amount of oily raclette cheese, causing the burger to be a little on the greasy side.

Speaking of grease, it’s a good thing the burger comes with a substantial bun. The bun is bready, spongey, and very lightly toasted. Normally I wish for a bun that has been griddled with fat or butter, but in this case, a drier bun actually helped balance out the fatty richness of everything else.

The fries were fairly good, yet a little disappointing, but only due to my own high expectations of them. They could’ve been crispier and saltier, and overall would consider them above average. Honorable mention goes to the pickle spear on the side, which was freshly crisp and much better than your average pickle.

Final thoughts: Overall, the Maxim’s Burger is a very good burger with luxurious and unusual toppings. It definitely falls on the larger side, so unless you’re really hungry, you might want to split it with someone to avoid the eventual regret of eating so much of something this rich. 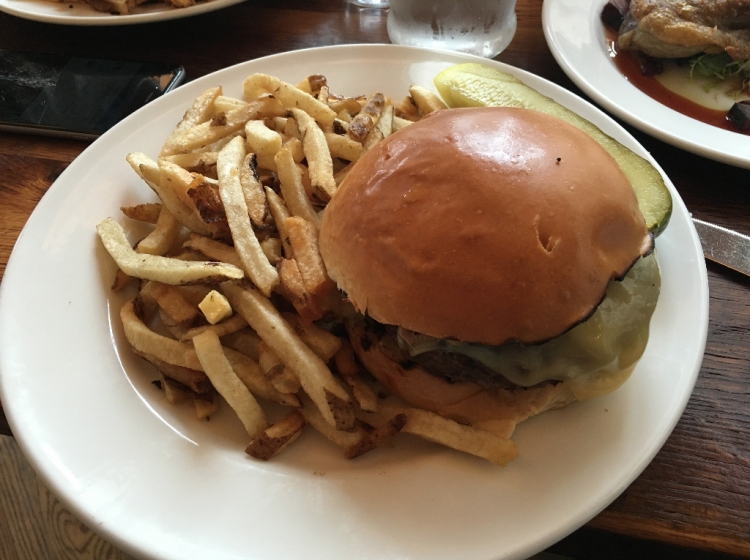 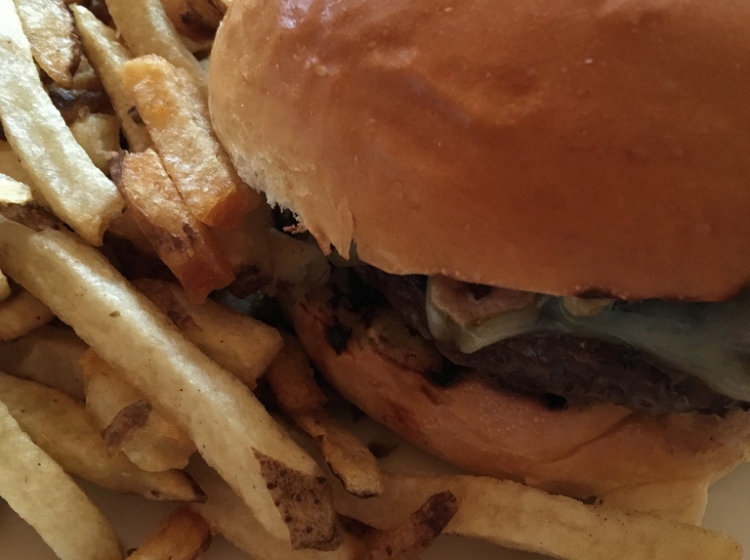 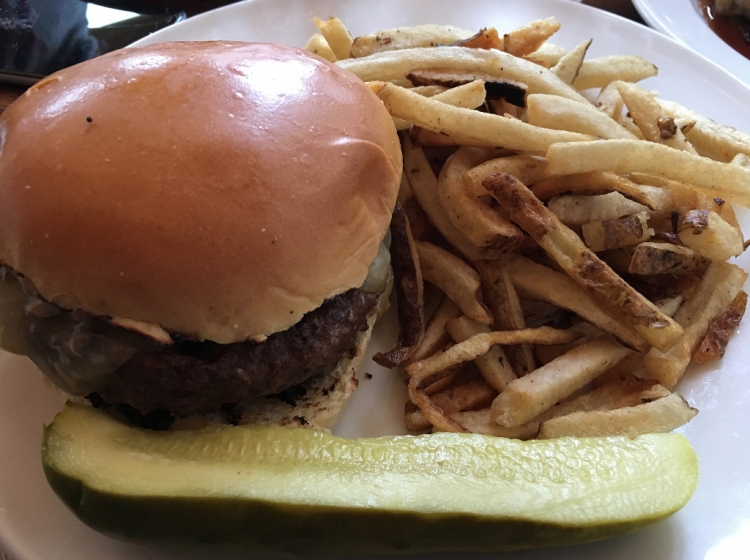 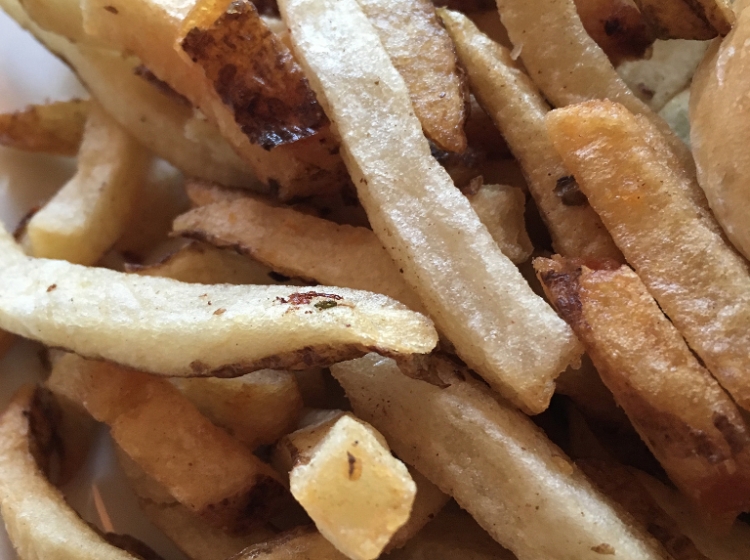 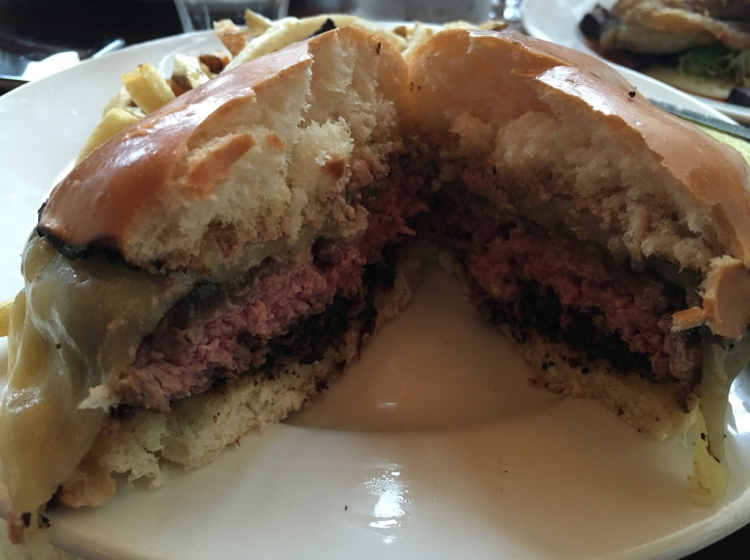