Bethlehem, PA is mostly known for it’s vibrant Historic Downtown District with a plethora of excellent dining options, however there are a few newer places off the beaten path worth checking out for great food.

Converted from an old bank building on Broad Street, The MINT Gastropub is one of these worthwhile stops. Opened in 2011, The MINT was one of the first restaurants to spark the region’s long-overdue culinary renaissance, and helped the Lehigh Valley begin to discover a culinary palate outside of overpriced steakhouses and boring pub fare.

The MINT bills itself as “An American Gastropub focused on contemporary comfort foods and American craft beers, as well as unique wines, spirits, and cocktails.” The atmosphere is fun, with an eclectic mid-century modern decor. It even still utilizes the old bank vault as an alcohol storage facility, which seems a perfectly fitting and functional usage for protecting such valuable commodities.

Having been a couple times before, we were already familiar with some of The MINT’s other offerings, such as their amazing Duck Fries topped with a 60-minute egg (It’s a rotating menu item, but if you see it’s available, trust me and order it. Thank me later). However, we had never experienced their burger. Being in the area for Musikfest, this seemed like a great opportunity to stuff ourselves with good food and walk it off at the Fest.
The Bank Burger is an 8oz patty topped with Cooper cheese, lettuce, tomato, onion, Stolzfus bacon and an “everything aioli”. It comes on a seeded brioche bun, and is served with tots on the side.

At first appearance, it’s a beautiful burger, presented well alongside those tots, which I’ll get to in a bit. Upon cutting into the burger, it was apparent that it was a bit overcooked, and as result, a little tough for my liking. I had ordered it medium, but it arrived more on the medium-well side. The patty itself, while still juicy enough, was under-seasoned and mostly lacked flavor. The overall taste was enhanced somewhat by the Stolzfus bacon, which had an amazing salty, smokey flavor, especially when tried by itself. Bacon can be a risky burger topping. Don’t get me wrong, I love bacon just as much as the next guy, but limp, rubbery, chewy, fatty bacon can absolutely ruin a good burger. The Stolzfus bacon on the Bank Burger was cooked fairly well, but still contained spots that were fatty and rubbery. Not a deal-breaker in this case, but the bacon could have been crispier to add better overall texture to the burger.

The “everything aioli” was a nice addition, adding a creamy, tangy and slightly spicy element to the burger. I didn’t get any information as to what goes into the “everything”, but it was a nice condiment that worked well with the burger. My only complaint is that there wasn’t more of it. As for the Cooper cheese, there are few everyday cheeses that I would recommend more than Cooper for a burger. It has an incredible sharp flavor for an American cheese, and it’s one of the best melting cheeses you can choose for a burger, so I was happy with that addition. In my opinion, the lettuce, onion and tomato were probably not necessary. I recognize that L-T-O are a staple topping with many burgers, but raw red onion can distract from everything else going on with a burger. Perhaps if the onion were pickled, and if there were slightly less tomato (the slice was nearly as thick as the burger), I might have enjoyed those garden toppings more. The gorgeous seeded brioche bun was lightly toasted, and had a light texture that didn’t get in the way. Although average in flavor, it added a sweet, buttery note to the overall taste of the burger. It could have benefited from some additional toasting for a tad more crunch around the edges. But in the end, a serviceable brioche.

As for the tots, not only are tots a fun side that you don’t see very often, but you’ll be hard pressed to find better tots anywhere. Very crisp and golden on the outside, while perfectly light and fluffy on the inside. No, Napoleon, you may NOT have my tots.

Since we had visited The MINT a couple times before, we had somewhat high expectations for the burger based on some of the incredible food we’ve eaten here, so I’m disappointed to say that I found this burger to be merely average. In my opinion, notable improvements could have been made in the burger’s texture, seasoning, and temperature, as well as topping selection and preparation.

Final thoughts: If I would order it again, I’d ask for it to be cooked medium-rare, and completely omit the onion, lettuce and tomato. I’d also ask for an extra side of that awesome “everything aioli” to slather on the burger…. and to dunk my tots. 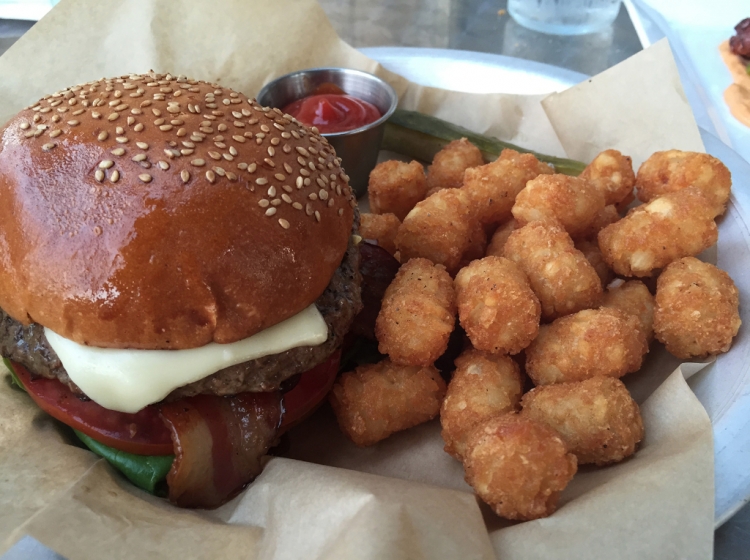 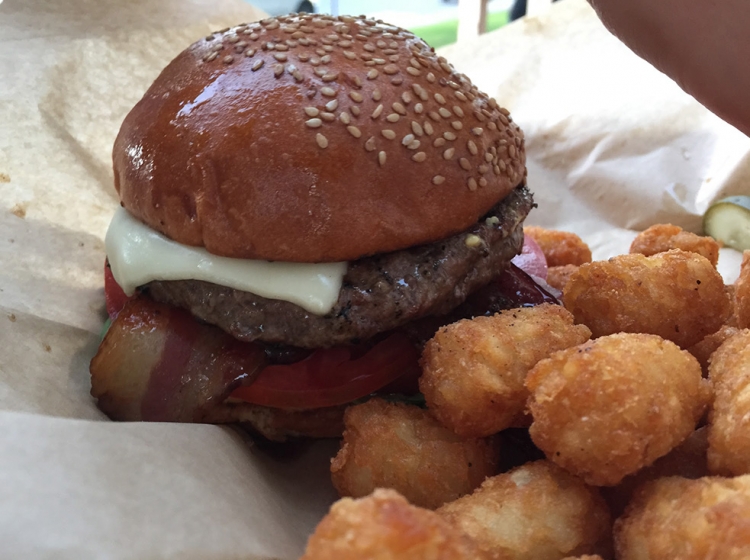 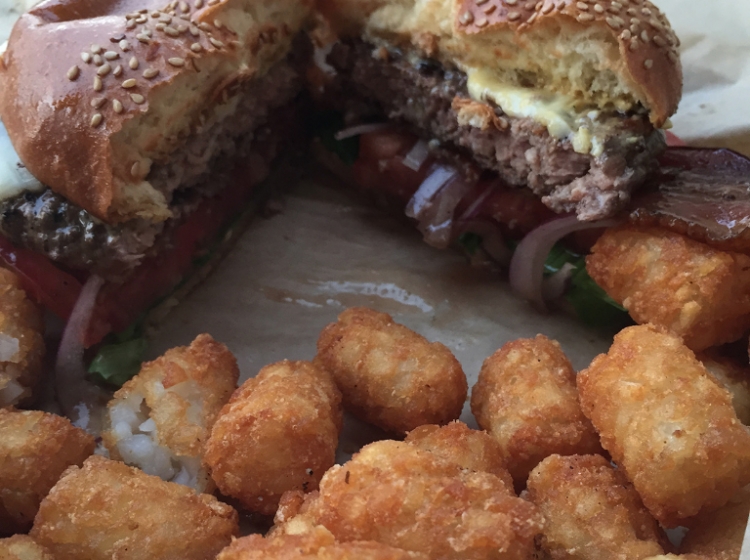 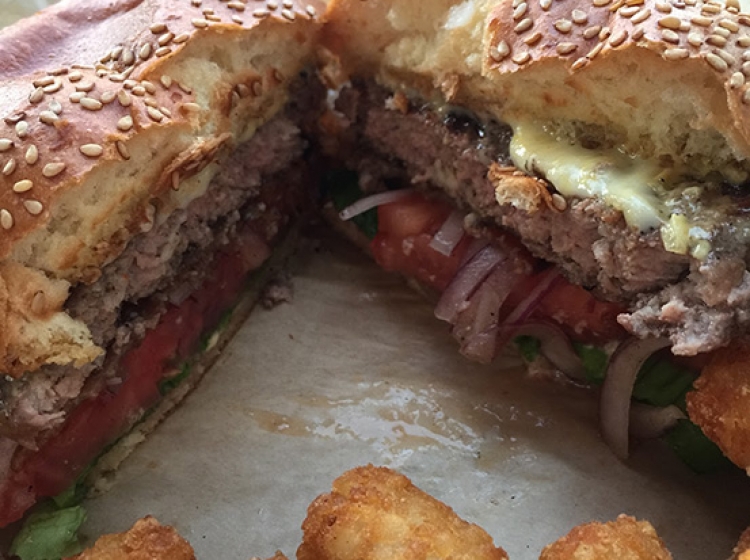