Themed as a 1920’s and 30’s speakeasy/supper club, Roar Social House is a really cool place. We Lehigh Valley residents don’t have too many speakeasy options in the area (2 by my count), so it’s pretty awesome to walk through a door in the back of a restaurant labeled with an illuminated EXIT sign above, but instead of finding a staircase or back alley, you’re transported into a dimly-lit lounge. Of course, this is the entrance to Hush, the speakeasy located in the back of Roar Social House. Hush is one of the reasons I love Roar so much. The best cocktail I’ve ever had in the Lehigh Valley was at Hush, and that’s due to the bartenders being some of the most talented and knowledgeable that you’ll find anywhere in the area. There is no drink menu in Hush. You walk in, sit down, and the cocktail craftsmen simply ask what spirit you like to drink. The rest is up to them to craft something they think you’ll like, and from my own personal experience, they nail it every time.

With exposed brick walls and steel beams, Roar’s look is perfect and pays homage to the building’s mid-19th century origins. Do yourself a favor and check out the fantastic WFMZ History’s Headlines: The Roots of Roar. It’s a very interesting account of the history of 732 Hamilton Street, especially for a history nerd like myself.

Having eaten dinner at Roar a few times in the past, I was interested to finally get a chance to have their burger. But since Roar’s burger only appears on the lunch menu, we visited on a Wednesday around 1pm, and were pleasantly surprised to find a very busy dining room. (Even the lovely ladies from the Red Hat Society were renting out Hush space in the back!)

Roar has 2 burgers in their menu. One is a called the “Half-Pound Burger”, which comes with a choice of cheese, lettuce and onion, as well as a “Blind Pig Burger” that comes topped with bourbon BBQ pulled pork, aged cheddar, and onion straws. I opted for the more traditional of the two and ordered the Half-Pound Burger with American cheese.

The burger arrives from the kitchen looking pretty tasty. The bun is beautiful, and actually manages to taste even better than it appears. As a matter of fact, this Brioche bun is easily one of the best I’ve had anywhere. It’s buttery and toasted perfectly, with a crispy crust and still soft and very chewy on the inside. But this is where the high points of this burger end.

The patty itself isn’t exactly a patty, but more in the shape of an oval. And it’s overcooked to nearly medium-well, if not closer to well-done, which has caused the meat to be very tough and dry, and chewy around the edges. There is a considerable amount of char on the burger, but any benefit from the char is lost in the fact that the burger has been cooked far too long. Other than the cook on the meat, it seemed to be seasoned well and had decent flavor, but with all else taken into consideration, this is a below average patty.

On top was a slice of American, but again, it was lost amongst the fact that the burger was too overdone. Even if the burger would’ve been cooked perfectly, I still think I would have wished for more cheese. The burger also came with lettuce and tomato on the side, which was lucky for me since the lettuce was gritty and not washed properly, so I just left it off the burger entirely. I’m sure this was an anomaly, and I’m not going to slight them for it, but the fact it occurred is at least worth mentioning.

As with many restaurants in the area, the absence of a sauce was pretty glaring. Because the burger was overcooked, it could’ve been somewhat salvaged with some sort of house sauce or aioli. Even if the sauce is offered on the side, in my humble opinion, there should always be a custom condiment option at upper-scale dining establishments.

The burger comes with house steak fries. If you’ve been following this blog for awhile, you may have noticed my dislike for steak fries. I always prefer a thinner, crispier fry, and usually don’t like the thicker, mushier steak fry. The only steak fry I’ve ever liked are, surprisingly, from Red Robin. Roar’s steak fries actually very similar to Red Robin’s, and had the fries been seasoned, they may have been just as good. Slightly crispy on the outside, and soft and fluffy on the inside. I’ll never be a steak fry aficionado, but as far as steak fries go, these are among the best I’ve had.

Final thoughts: In the end, the amazing brioche bun saves this burger from being entirely disappointing. I’m a huge fan of Roar and it’ll always be a favorite hangout of mine, but I was hoping for a better burger. Next time I’ll try the Blind Pig burger and hope for a better result. 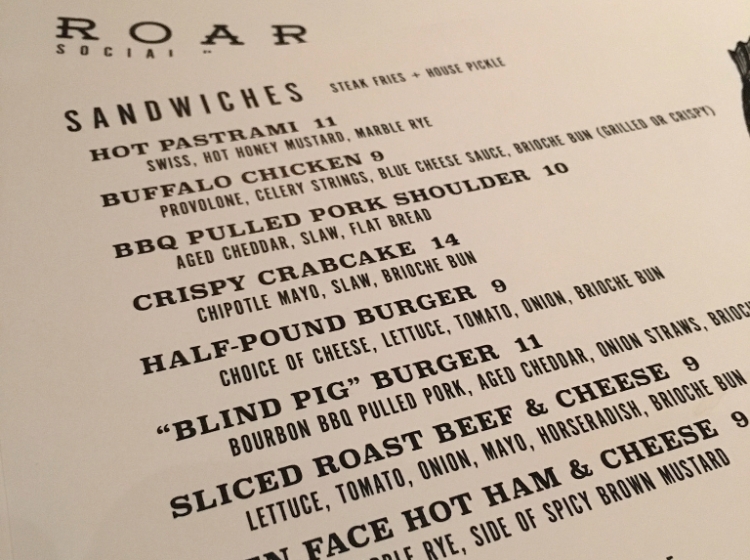 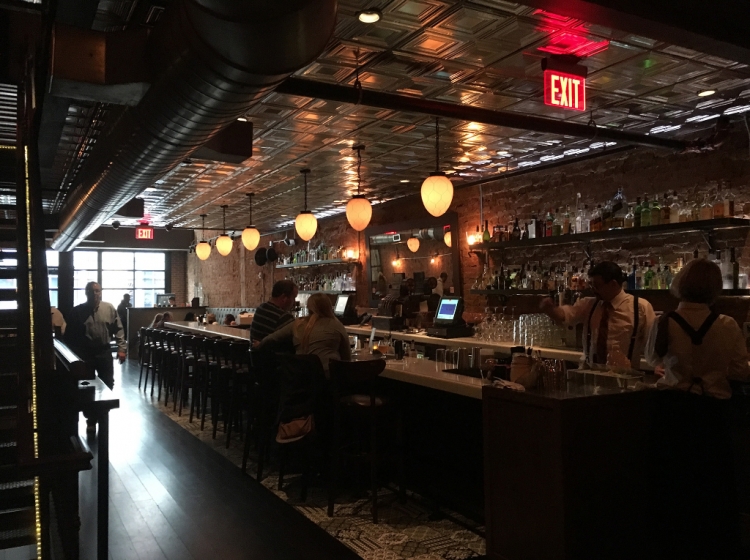 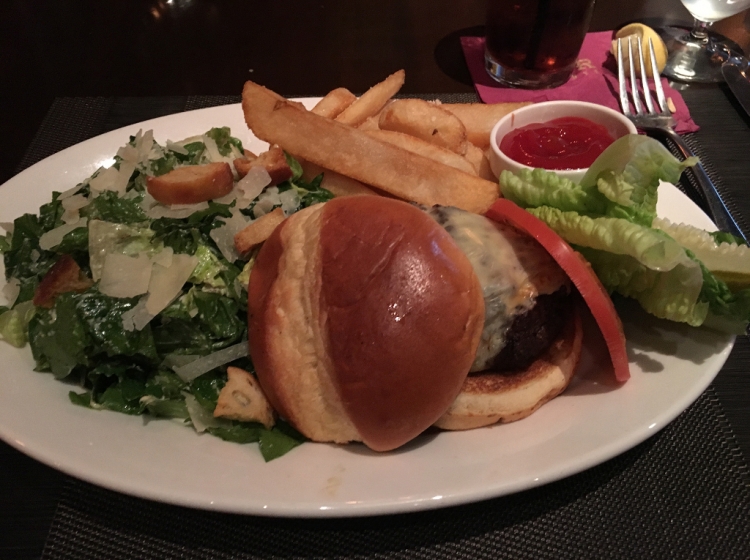 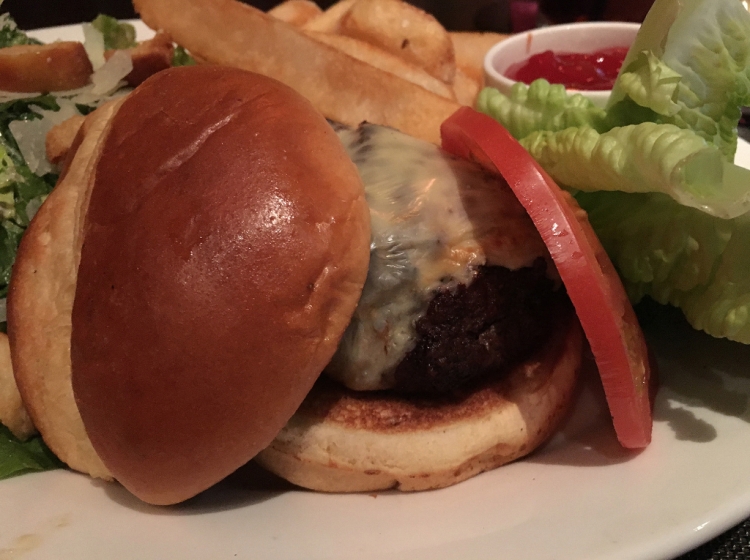 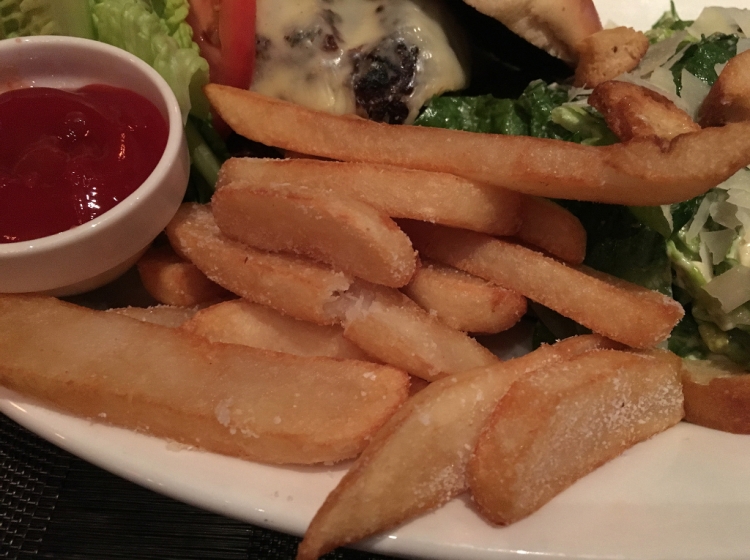 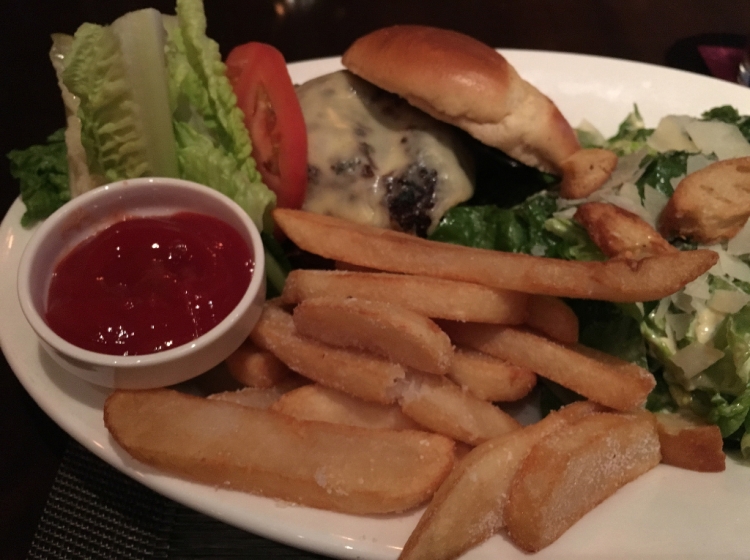 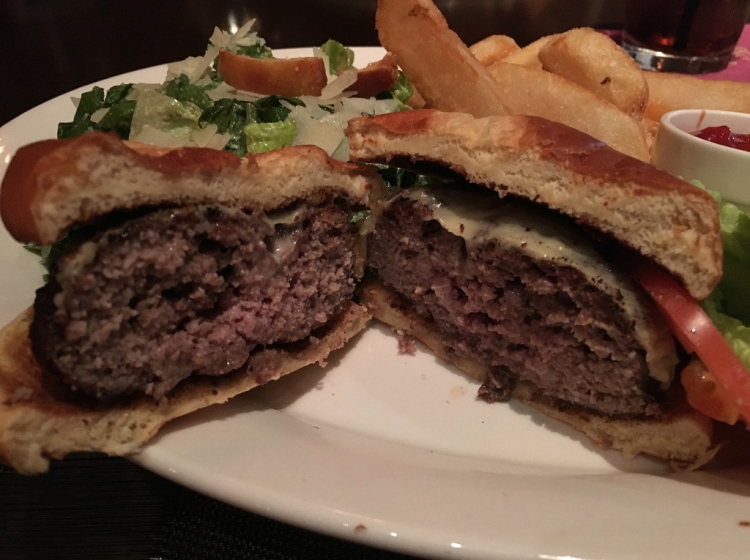 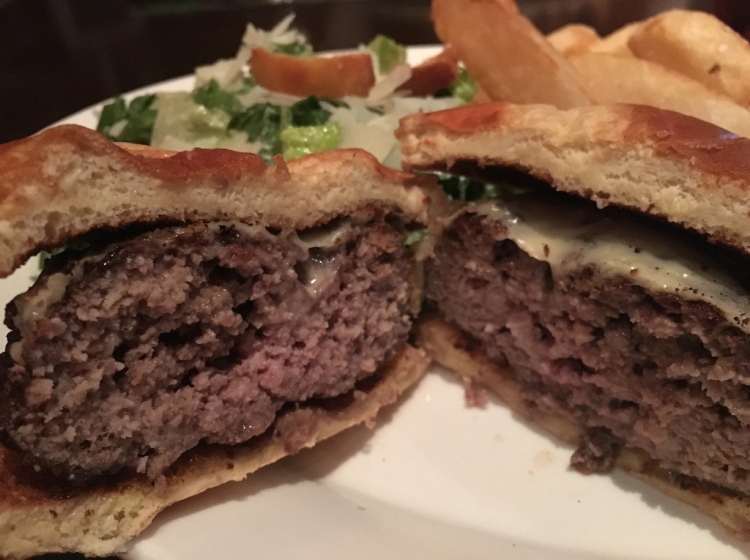