But I’ll get back to why in just a bit…

This was our first visit to The Burgery Company in Emmaus, a nice little independent burger shop that has one of the most ambitious burger menus I’ve ever laid my eyes on. On the drive there, I wondered aloud to myself what the plan must have been when the business model was first devised. All I could picture was the owners saying, “We will have ALL the meats.” Seriously, this place has almost any protein you could want to try on a burger: beef, kobe, prime rib, bison, elk, venison, lamb, ostrich, turkey, veggie, salmon, tuna, whitefish, shrimp/scallop/crab, chicken, and pork… are you still with me? I won’t blame you if you’ve slipped into a food coma just reading that list of burger possibilities.

With so many options, where does one begin? My typical rule with any restaurant that serves more than one burger is to try their “signature” burger, or the burger they’re known for. In this case, it turns out most customers rave about the kobe burger. Now, while this isn’t “real” Kobe beef in this burger (the term “kobe” is completely misleading, but that’s a whole topic by itself and I don’t want to get caught in a tangent), the beef was likely a blend of average fatty, tender cuts.

From the 2 “kobe” options on the menu, I chose the Greyhound, which comes topped with Monterey Jack, Cheddar, and crispy onion strings, and requested it cooked medium rare. Upon first sight, it was a good looking burger. Nice golden bun, melted, glistening cheese, juicy patty sitting on top of light, crispy onion strings.

Then I cut into the burger to see how it was cooked, and take a bite. This is where the Gordon Ramsey “what a shame” moment occurs. The burger was quite raw, almost quickly grilled on both sides, but clearly a ways from medium-rare. 2 more minutes on the grill, and this could have been one of the best burgers I’ve had in a very long time.

As Gordon says: Damn, damn, damn. What a shame.

The patty itself was nicely fatty. A definite multi-napkin affair, which is typically a sign of a good burger. However, for a kobe burger, the flavor of the patty itself was bland and very under seasoned. More salt, more pepper, 90 more seconds on the grill, and this could’ve been a near perfect experience. Because of all the fat, the burger could’ve used an acidic topping or condiment to cut through all of that richness. We happened to sample the Burgery Sauce, which sits on the counter as an option in a plastic squeeze bottle, but isn’t served on the burger itself.

The sauce is like an acidic and tangy BBQ sauce, and would have been a great addition to such a rich, fatty burger. Should you order the Greyhound, I’d recommend you try the Burgery Sauce on top. As for the other toppings on the burger, the Monterey Jack and Cheddar were good choices, since both are sharper cheeses and can stand up to all of that delicious grease. I found the crispy onions to be a welcomed addition for a crunchy texture and flavor. I would even eat these on the side by themselves (with some of that Burgery Sauce!). The bun, a sturdy, kaiser-like roll, stood up to everything the burger threw at it. You’d think all of those juices dripping out of the burger would saturate the bun, but the bread held up valiantly. The bottom bun’s surface appeared to be toasted with the burger’s grease, which created a nice barrier to keep the bun intact.

On the side, we ordered 2 versions of their fries, because why not. One order was The Burgery fresh cut fries, and the other was an order of the Wolverine fries, which come topped with cheddar, bacon and ranch. The fries are everything you could ask for in a burger companion. They’re small in size, almost shoestring, hand-cut with skins on (which I love), and mostly crispy. Sprinkle on a bit of vinegar, and you’ll think you’re at the local Fair. For the Wolverine, they take those same awesome fries, and put the Holy Trinity of cheddar, bacon and ranch on top. Heavenly.

Final thoughts: The Burgery left me feeling impressed, but yet sadly disappointed. Again, my kobe burger could have been otherworldly had it been seasoned more and cooked to medium-rare, rather than rare. We also ordered the Nittany Lamb Burger, and it too arrived very rare, so the temperature issues seem to be more chronic than a one-time fluke with the kobe burger. I’d recommend ordering your burger at medium to avoid undercooking (unless raw burgers are your thing), and make sure to grab a generous side of the Burgery Sauce, because you’ll likely wind up slathering it everywhere and dipping everything into it. Oh, and grab a ton of napkins. 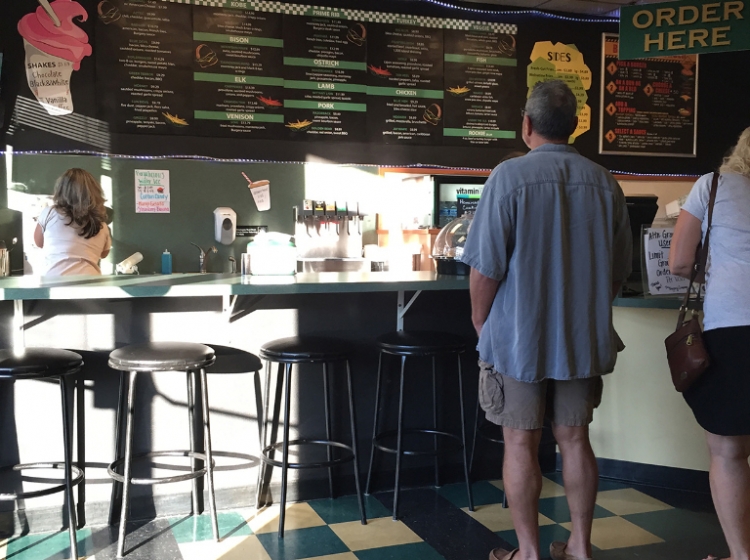 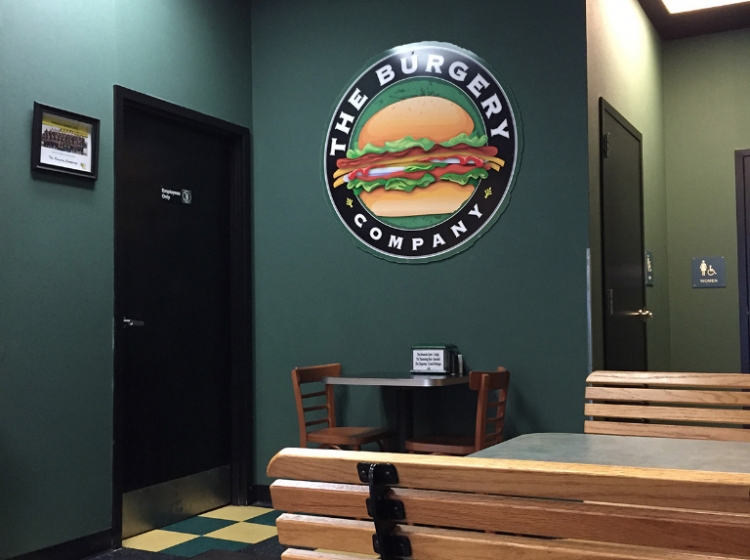 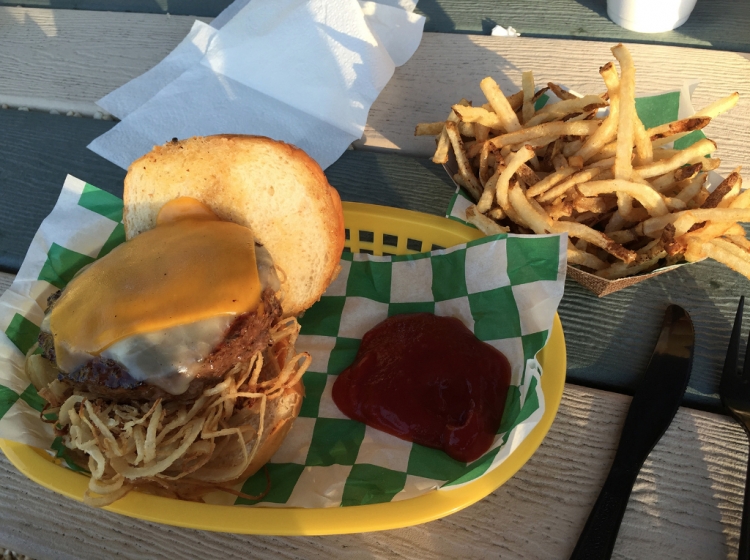 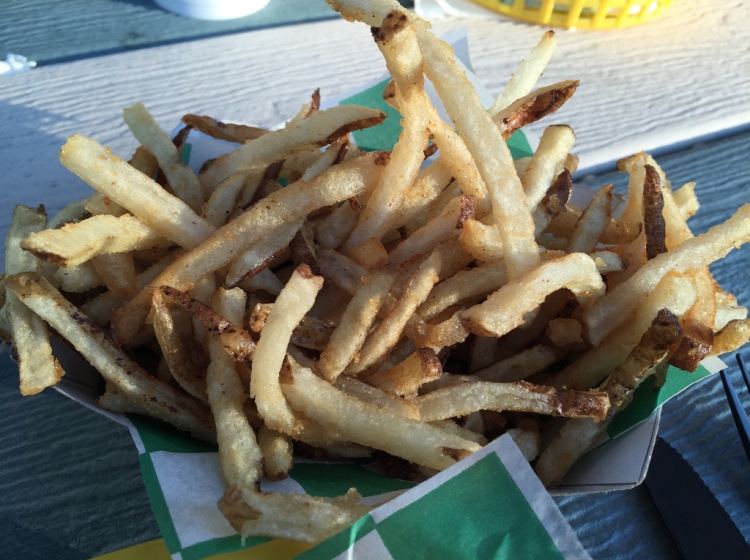 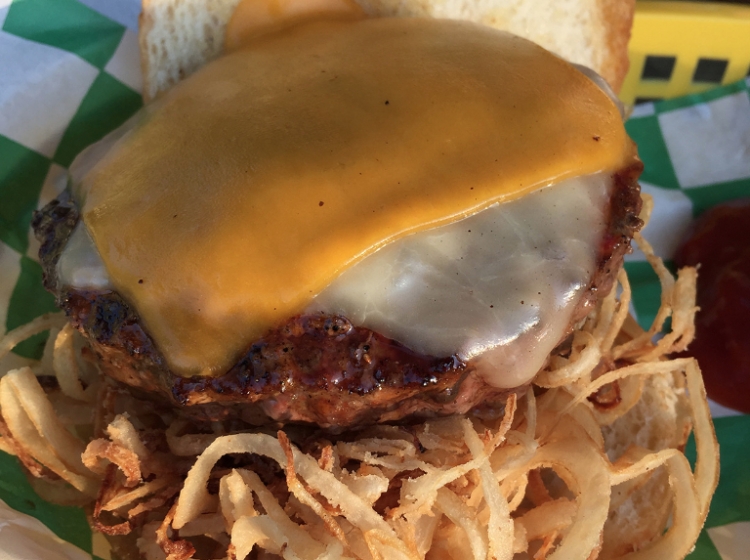 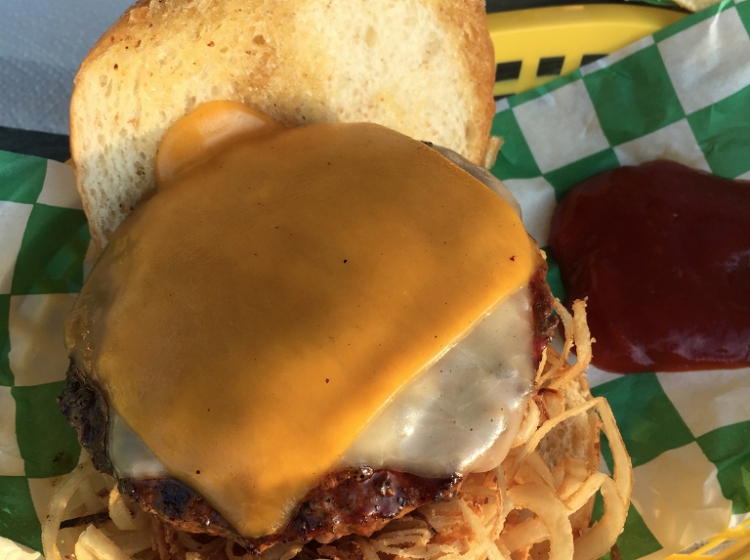 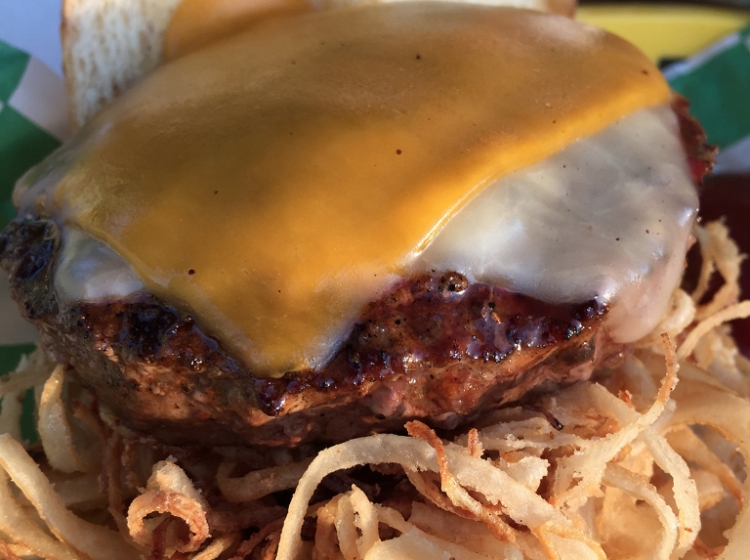 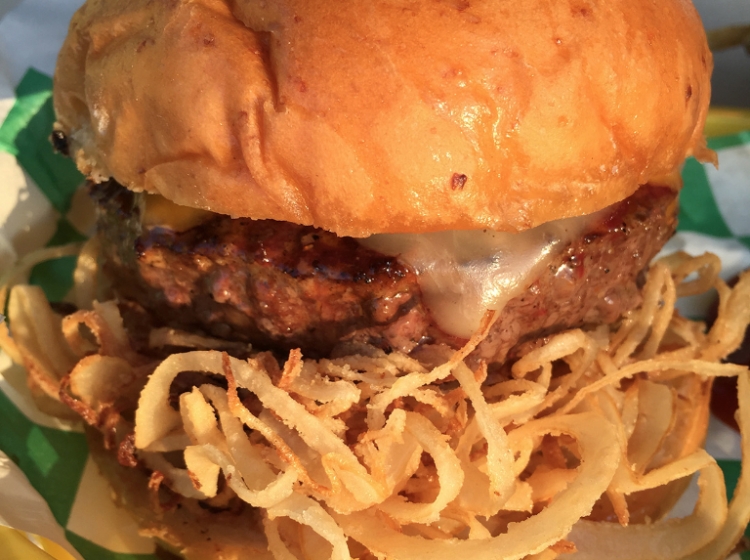 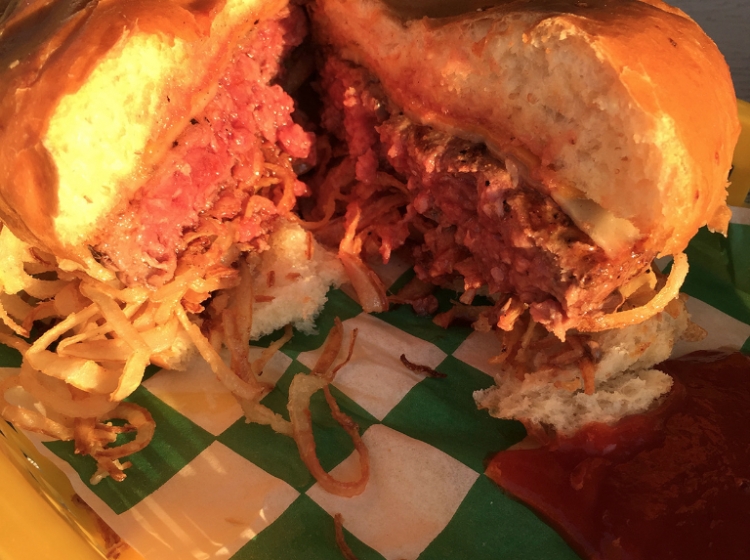 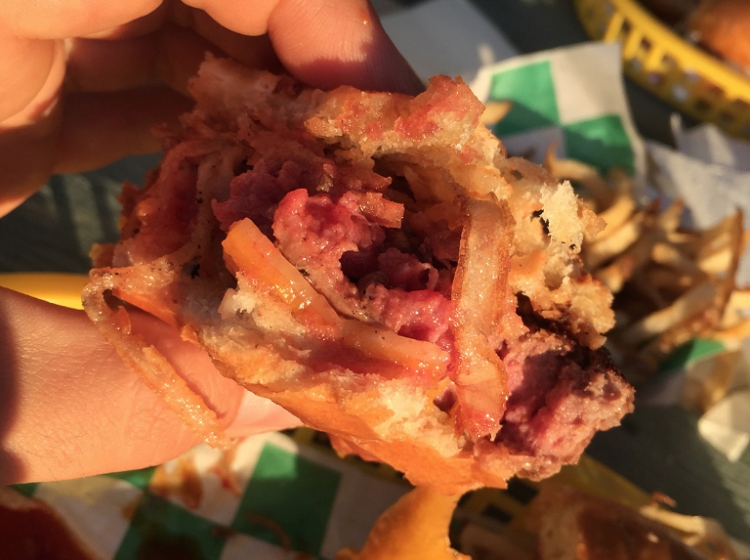