Trapp Door is a really cool neighborhood joint. It’s dimly-lit, has a cool, relaxed vibe, and they typically have live music playing for dinner service on the weekends. I’ve been several times, and was always blown away with their offerings, but had yet to try some of the simpler fare, such as the burger.

Like like any good gastropub, The Trapp Door always has impressive-sounding items on their menu. With ambitious stuff like Oxtail Poutine, Pork and Bacon Pate, Wagyu Brisket po’boys and an impressive 10-item cheese and charcuterie list, you really can’t go wrong ordering at a place like this. With one of the area’s more extensive beer lists, and an above-average cocktail program, there’s something here for anyone who loves good food and good adult beverages.

The Trapp Door burger is no less ambitious. Described as a 8oz dry aged grass fed beef patty, with BBQ pork belly, egg, black garlic aioli, and smoked gouda, I was already drooling before I even put the menu down.

When the burger arrived, it instantly met the eye test. Incredibly melty cheese (with pork belly hiding underneath), golden bun, and great-looking fries. Oh, and that egg on top! At first bite, I thought I was going to be in for an extraordinary experience, but as I kept eating, my initial excitement began to wane. The highlight was the smoked gouda, which was a nice choice for the burger with its gooey and smoky qualities. The burger had decent flavor, and although cooked a little past medium (absence of pink in the middle), there was a nice charred crust on the outside that made me forget about the burger being a bit overdone. The BBQ pork belly was great by itself, but would’ve been so much better had it been rendered crispy, rather than flabby and fatty, which caused it to blend in with the cheese and get a little lost.

From there, things start to go a bit downhill. While I’m not positive if this was the cook’s intention, the egg was fried to over-hard and didn’t have the nice, runny yolk I was hoping for when cutting into the burger. Flavor-wise, the egg was fine, but when I see something on a menu that is topped with an egg, I’m expecting a nice silky yolk. But the part that almost entirely ruined the burger for me was the black garlic aioli. Normally, I love me some black garlic aioli, but this aioli was nothing like I had ever experienced before. It’s hard to describe, but it tasted more like raw, oily rendered lard with a hint of black garlic, than the rich, savory condiment that it should be. While eating the burger, the aioli began to coat the roof of my mouth with a less-than-pleasing texture, and actually forced me to stop a little more than half way through. It’s rare that I won’t finish a burger, so I was overall disappointed.

Just like the burger, the bun was good, if not just a tick above average. Nice and soft with a slightly buttery flavor. Not bad, but left plenty of room for improvement.

The fries were a delicious compliment, and very welcomed to help mask that aioli. Fried golden and crispy, and nicely salted, I could have eaten a plate of them alone. The fries also come with a side of house-made ketchup, which is fantastic. It’s the base flavor and consistency of ketchup that you expect, but since it’s made with rosemary and grapefruit juice, it has an awesome herbal, citrus tone. Trapp Door should seriously bottle and sell this stuff!

Final thoughts: overall, I was expecting more from the Trapp Door Burger. On paper, it sounds absolutely amazing, but fell flat in execution. Either way, it’s still a decent burger, but could’ve been so much more pleasing without the black garlic aioli, which was a bit of a headscratcher. Adding a peppery green such as arugula, and some sort of pickled topping to cut through all of the richness of the cheese and pork belly, would certainly take this burger to the next level. 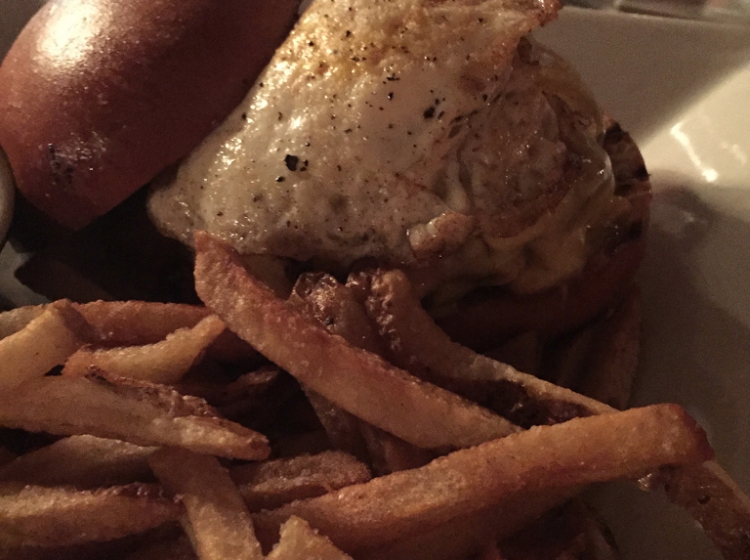 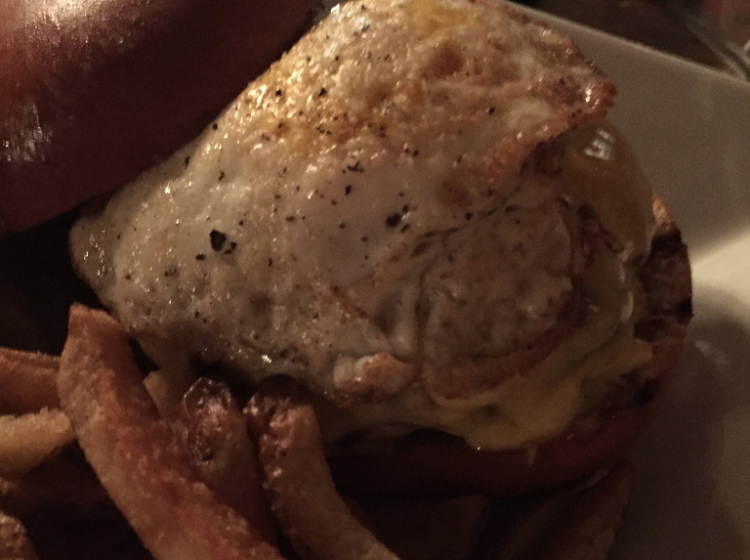 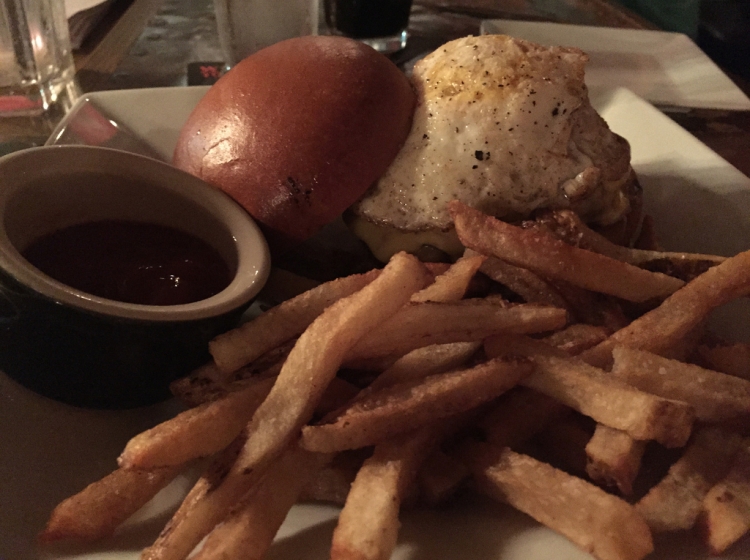 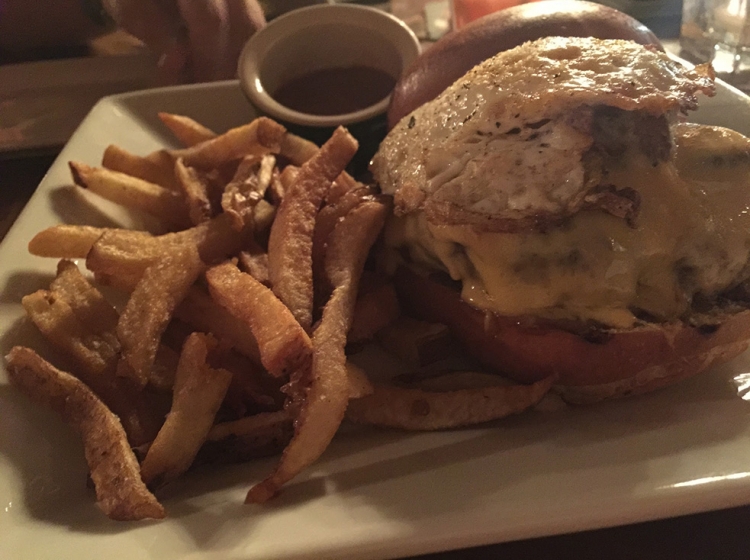