When I started this blog, the one place people would ask if I had yet tried was The Wooden Match. I’ve been wanting to try one of their burgers ever since they opened, but for one reason or another, something kept getting in the way. But finally, I found myself in Bethlehem right around brunch on a Sunday afternoon, and decided to put an end the Wooden Match drought.

Every burger on the Wooden Match’s menu is a mouthwatering offering. My intention was to try the Donut Delite, a burger comprised of the greatest wonders of the universe: bacon and Cooper sharp cheese, smashed between two crispy glazed donuts.

Clearly, you can’t go wrong with any burger offering at Wooden Match, but since I was here during brunch, I opted for the more breakfast-themed Dirty Ratchet burger. A sausage and beef patty topped with ghost pepper cheese, over-easy egg, hash browns, and a touch of sweet peach compote on a brioche bun.

The 10oz patty is insanely flavorful. While cutting into the burger, my heart sunk from the noticeable toughness of the burger, considering I ordered it cooked medium. Then I reminded myself it’s made of a 50/50 beef and sausage blend, so obviously, due to the sausage, the texture was inherently going to be on the tough side, and couldn’t have been left pink in the middle. Slightly tough texture aside, this burger was the perfect base for everything that came on it.

There’s a lot going on with this burger, and some ingredients simply got lost, especially with the burger being topped with an over-easy egg (which was cooked perfectly by the way). The hash browns were a great thought, but were completely M.I.A. Sampled separately, they tasted great, but when eaten with the burger, didn’t come through at all. The peach compote suffered the same fate, but mostly because there wasn’t enough of it. Again, sampled separately, the compote was a delicious, thoughtful, and sweet addition added to counteract the heat of the ghost pepper cheese. Had there been more of the peach compote, the balance would have been perfected. I also found the ghost pepper cheese added mostly spiciness but not a lot of noticeable flavor. I like my food spicy, so the kick in this burger might be a bit much for some people.

The bun… oh, that beautiful brioche bun. A bun this good is rare to find. Most restaurants simply just don’t put this much effort into such an important burger element. Perfectly toasted and buttery, soft and chewy, the bun acted as the perfect ingredient for this burger. Considering The Dirty Ratchet is essentially breakfast on a burger, the bun acted like 2 perfect pieces of toast that tied the entire meal together.

Disappointingly, the fries were the one thing on the plate that fell below expectations. As you might imagine, the fries were battered, and just like almost every other battered french fry, they arrived nice and crispy, but after 2 minutes became soggy and bready. A thinner cut, crispier, unbattered fry could’ve made this one of the best burger experiences in the Lehigh Valley.

Final thoughts: Not surprisingly, I loved this burger. I already had high expectations based on the hype of friends and acquaintances, and I was happy to find the burger lived up to those expectations. My only gripe was the battered fries, which seem to becoming a scourge among eateries. The Wooden Match has earned a great reputation for good burgers, and I’m looking forward to working my way through the rest of the menu. Next? I think I’ll try the Donut Delite. 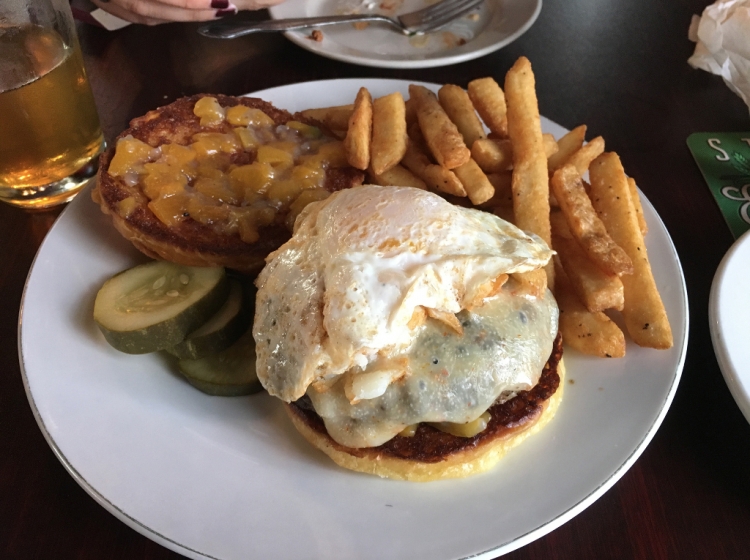 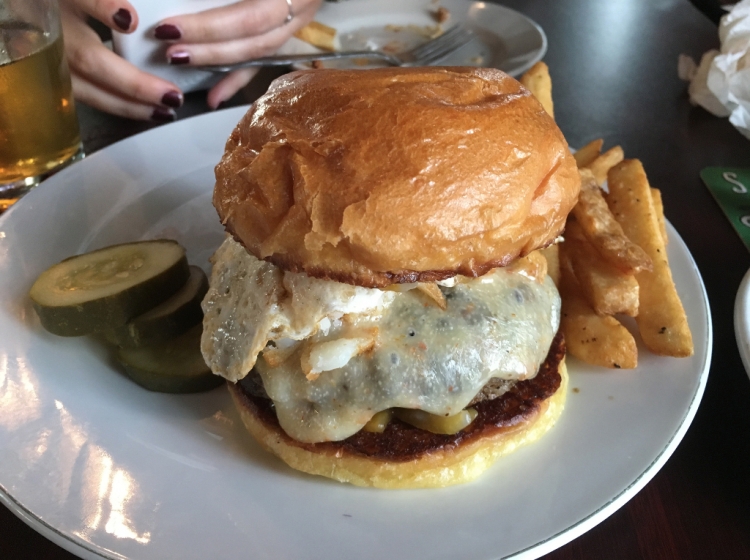 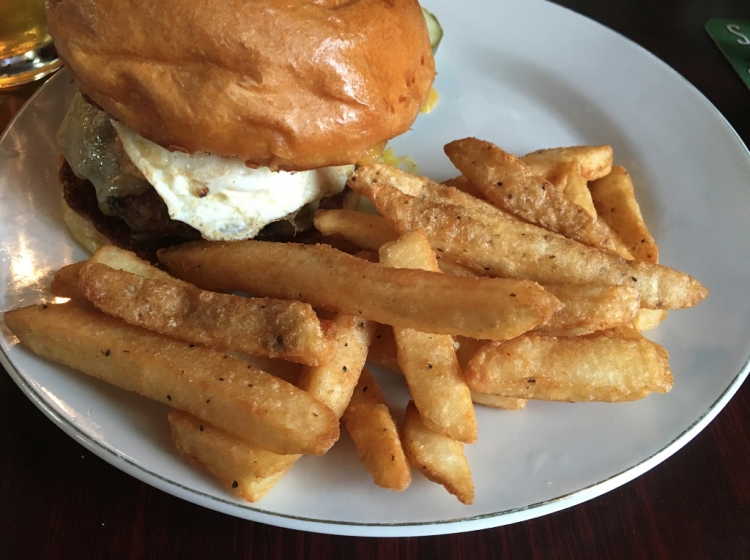 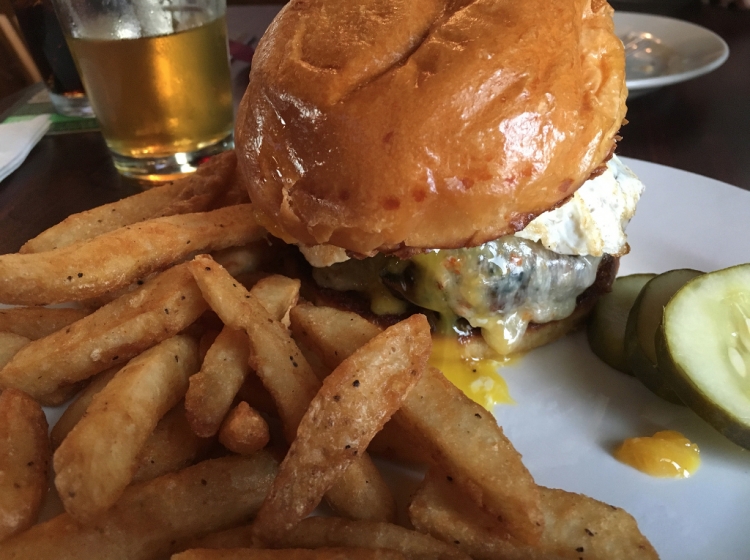 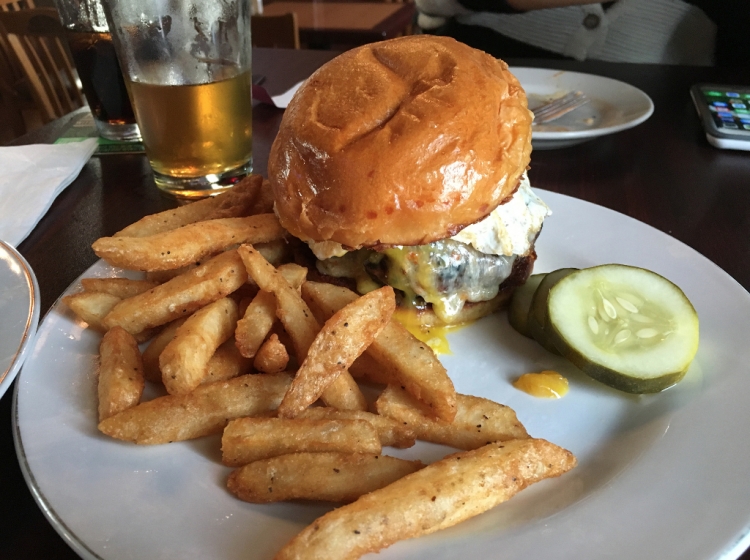 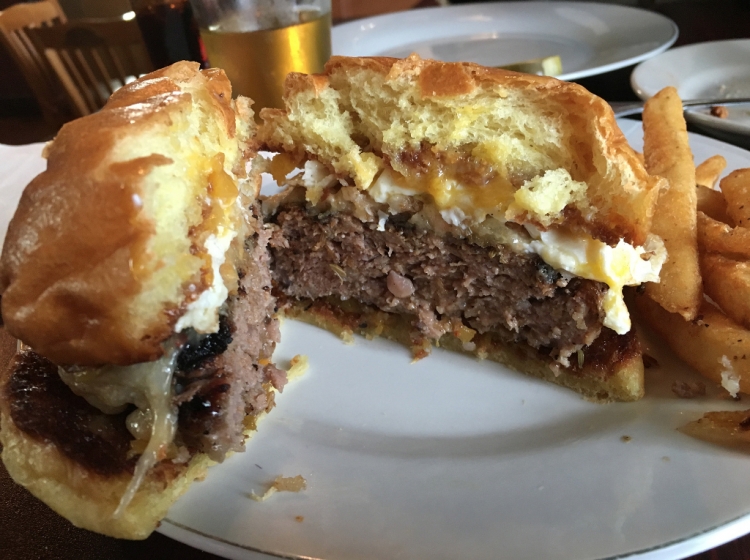 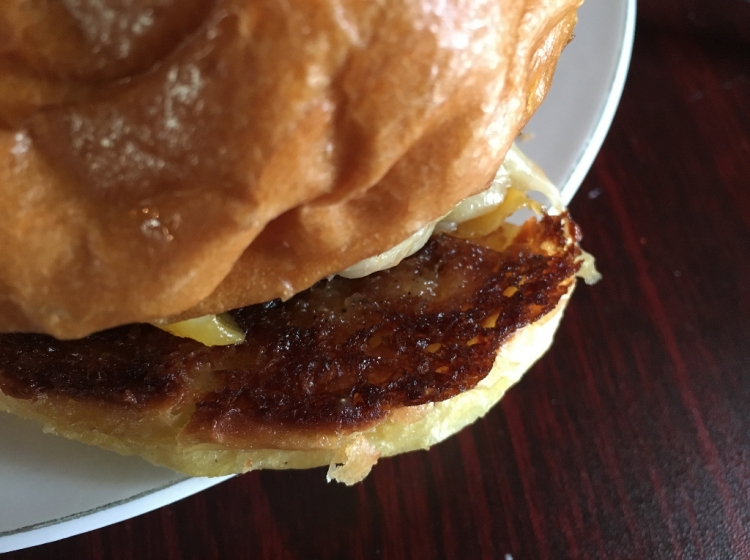